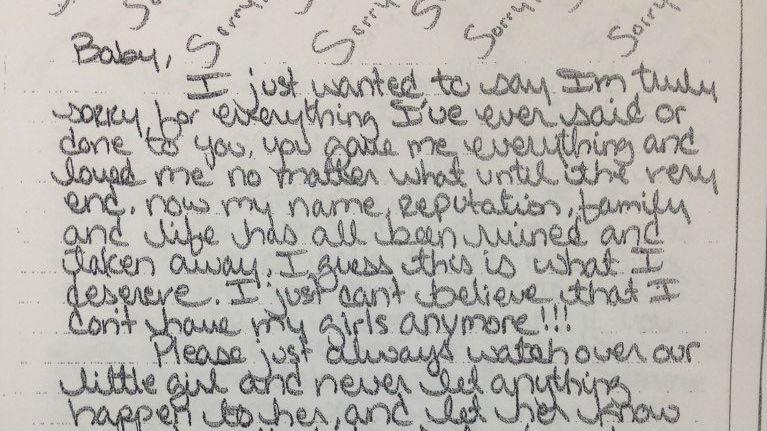 Berrien County was rocked by violence inside the Berrien County Courthouse after an inmate, 45-year-old Larry Darnell Gordon, shot four people killing two of them.

The shooting happened on Monday, July 11th around 2:20 pm. That’s when a 911 call of distress came from inside the Courthouse.

A fight broke out during a transfer from a holding cell to the courtroom and Gordon took a gun from a court officer and started shooting.

Friday, we found that the shooter wrote a letter to his ex apologizing for what he was about to do. He told her he would run or die trying as a result of the shooting.

In part, the letter said “Baby they want to send me away for the rest of my life, I don’t deserve that. That’s not living. I’m not going to do that!!!” Gordon’s letter said.

Later in the letter he told his ex why he was planning on carrying out the escape he attempted that day.

“I’m not trying to take my life, I’m just trying to get free, live on the run is better than doing 15, the deck is now stacked up against me and I can’t see or talk to my baby cakes so it makes my choice a lot easier (If I do get free!!),” Gordon wrote.

According to our affiliate in Grand Rapids, WZZM, Gordon had bee volunteering at South Elementary in Watervliet for more than a year. He helped out just months before the shooting happened.

Just two months later, police found a 17-year-old in a shed who they say Gordon held captive and raped. Now the school says they are focused on making safety improvements.