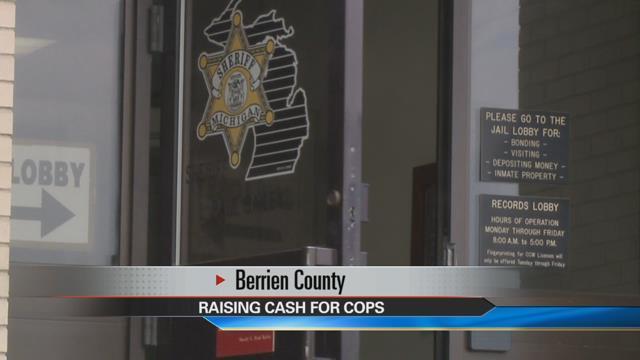 More than a month after the Berrien County Courthouse shooting, a group of passionate residents are banding together to give local law enforcement some much needed help.

It's called "Berrien County Strong -Community in Action." Right now they are trying to raise money to get new vests for Berrien county law enforcement. The new vests would be high quality and could prevent fatal injury from gunshots. It's all an effort to make officers feel safer out in the line of duty.

"I feel like it's important that our officers have those," said Gretta Volkenstein, the founder of the group. "Hopefully they don't have to use them but it will give them peace of mind..knowing that if they are in that situation they will be protected."

The group needs $20,000 dollars to provide enough for all the Berrien County officers. So they are hosting fundraisers, including a 5k run on September 11, and a "Pint Night" at Silver Harbor Brewing Company on September 13. They say it's the least they can do for officers who give so much.