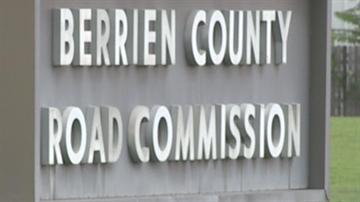 BERRIEN COUNTY, Mich. – The Berrien County Road Commission’s board is under fire.

Berrien County Commissioners have called a special meeting Thursday to decide whether some or all of the board need to be replaced.

The meeting comes after inaction by the Berrien County Road Commission regarding an internal investigation that was completed in early August. Management was investigated at the Road Commission because 13 employees filed complaints in June.

Inside the report are several employee accounts of alleged mismanagement at the Road Commission. “A whole culture that’s developed that’s wrong and that needs to be changed,” said Berrien County Commissioner Dave Pagel.

According to the investigation, management created a ‘culture of fear’ by using vulgar language and threatening employees with their jobs. “Both Mr. Fritz and Ms. Hildebrand were observed by witnesses making threatening statements to or about other employees,” the investigation reads. “The words of the threats vary but the threat is loss of position.”

Employees interviewed by the investigator also expressed concerns over management’s dealings with the public. Accounts show refusal to return messages and answer questions. “A common complaint is that Ms. Hildebrand will not take calls from township officials or the public in general. This puts the office staff in a difficult position as they have been told repeatedly to say that she is not in or not available, which, from their perspective is lying.”

Another allegation from witnesses is dishonestly to township officials. The investigation shows Fritz giving inflated prices for road materials. “Fritz was asked about the discrepancy by witnesses but has not given an answer.” Also township officials have shown a lack of trust in Road Commission. “Witnesses stated that they have been contacted by township officials who shared that they were unwilling to spend money with the BCRC because of Mr. Fritz and Ms. Hildebrand.

"We have the right to make some changes," said Pagel.

According to Pagel, the county commission has grown weary of the inaction by the Road Commission’s board. Action has not been taken against management since the investigation was completed.

Bob Forker, former Berrien County Road Commission Chairman told ABC 57 News that his request to remove Hildebrand from the Road Commission was overturned by a majority of the board. Forker, who didn’t want to speak openly about the situation until Thursday, confirmed that no action has been taken against management by the Road Commission Board.

Pagel did not give specifics but said further accusations have been made beyond the internal investigation. “There were allegations about some of the bookkeeping, some irregularities.” When asked if the accusations were criminal Pagel responded by saying “possibly.”