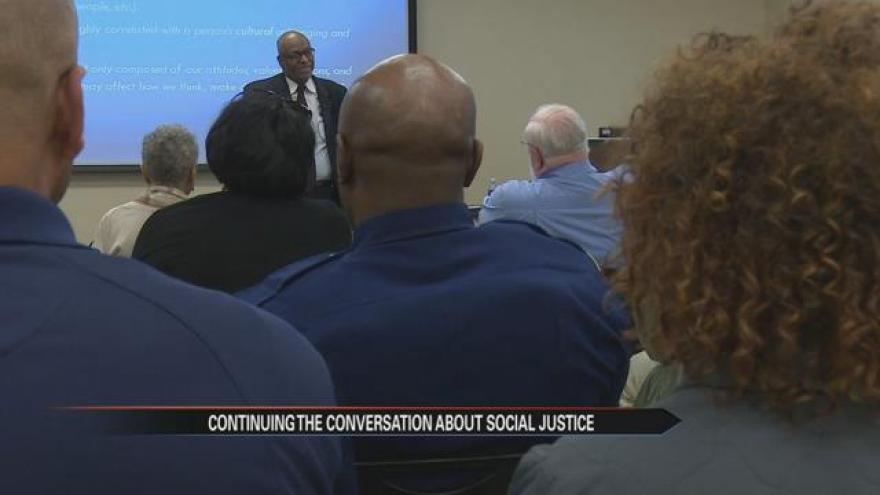 ALPACT, an activist group in Berrien County held a forum Tuesday about social justice in an effort to improve relations between the police and the community

“We’re operating under unconscious bias, which is more difficult for us to control,” said a diversity and inclusion expert at Lakeland Health, Danny Sledge.

That’s why Berrien County’s ALPACT, which stands for Advocates and Leaders for Police and Community Trust, hosted a public forum to discuss that bias Tuesday.

“As far as law enforcement in the community goes, we’re a work in progress,” said Michigan State trooper and ALPACT co-chair, Maurice Burton.

“There’s always going to be different views in both law enforcement and the community depending on who you ask and the relationship that they have with each other,” said ALPACT co-chair, Sekenah Tennison.

She wants police to take more action to stem the daily violence.

“We could talk all day long about it. Let’s do something about it. If you’ve got to get out here with us and deal with this stuff to know what we’re going through, do what you gotta do,” said Woods.

“What really gets me is not necessarily the brutality of the bad cops, but it’s the silence of the good ones. That’s where I have my problems at,” said a community member, Brian Strong.

However, law enforcement says they’re working on speaking up for the people they serve.

“Hopefully, someday, we’re going to come to that even spot where we relate better together and it’s not a racist thing. It’s just a problem in our community that we got to fix together,” said Berrien County Sheriff Paul Bailey.

Diversity and inclusion expert Sledge believes it all starts with “having the difficult conversations.”