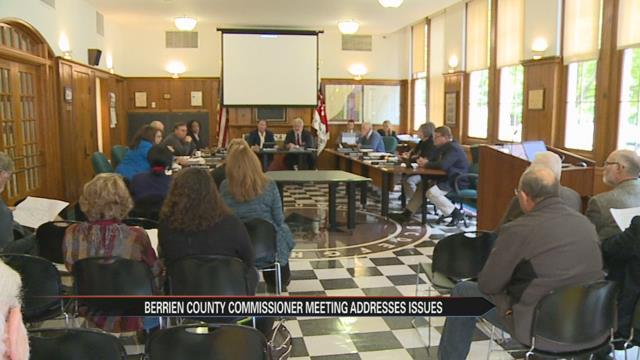 As Michiana prepares for another potentially brutal winter, Berrien County officials say they’re going to need more money in order to keep their cities safe during the harsh conditions.

“In order to clean the roads of Berrien County which we think we do a pretty decent job of we need good equipment, our average age of our truck is 14 years old," said Louis Csokasy of Berrien County Road Commission.

After bearing another round of brutal weather conditions, officials are assessing if the area is a few winters away from having major problems.

“Road issues are what I call slow disasters,” said Csokasy. "You don’t just walk out one day and say the road is gone. What happens is year over year it gets worse and worse.”

Part of a solution was discussed Thursday.

“We need good equipment we need modern equipment and funding is not there to allow us,” said Csokasy.

In Benton Harbor, a similar need for vehicle upgrades was voiced during a public safety meeting the day before.

Wednesday, the city’s manager Darwin Watson recommended the board of commissioners buy seven more vehicles at a heavy price tag that can withstand the weight of another heavy winter.

According to the manager, the last time officials purchased a vehicle was at least 10 years ago.

Modernizing the fleet could prove beneficial for the city and county.

"If I have a long term issue associated with snow removal, ice and snow control, it’s just the simple age of our fleet.” said Csokasy.