Berrien County law enforcement: Voters will turn down proposal to toke up 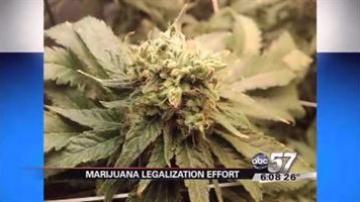 Right now, the "Committee for a Safer Michigan" is pushing to legalize the drug.

Members collecting signatures to get the proposal on the November ballot!

On Tuesday, we sat down with Berrien County Prosecutor Art Cotter and Sheriff Paul Bailey.

Both say the current medical marijuana act is a failure!

"I don't think that's what the intent of the public was. They really used the sympathy that everybody has for people who are going through some pretty terrible illnesses to open up the door, so that anybody and everybody who wants it can get it,” said Arthur Cotter, the Berrien County Prosecutor.