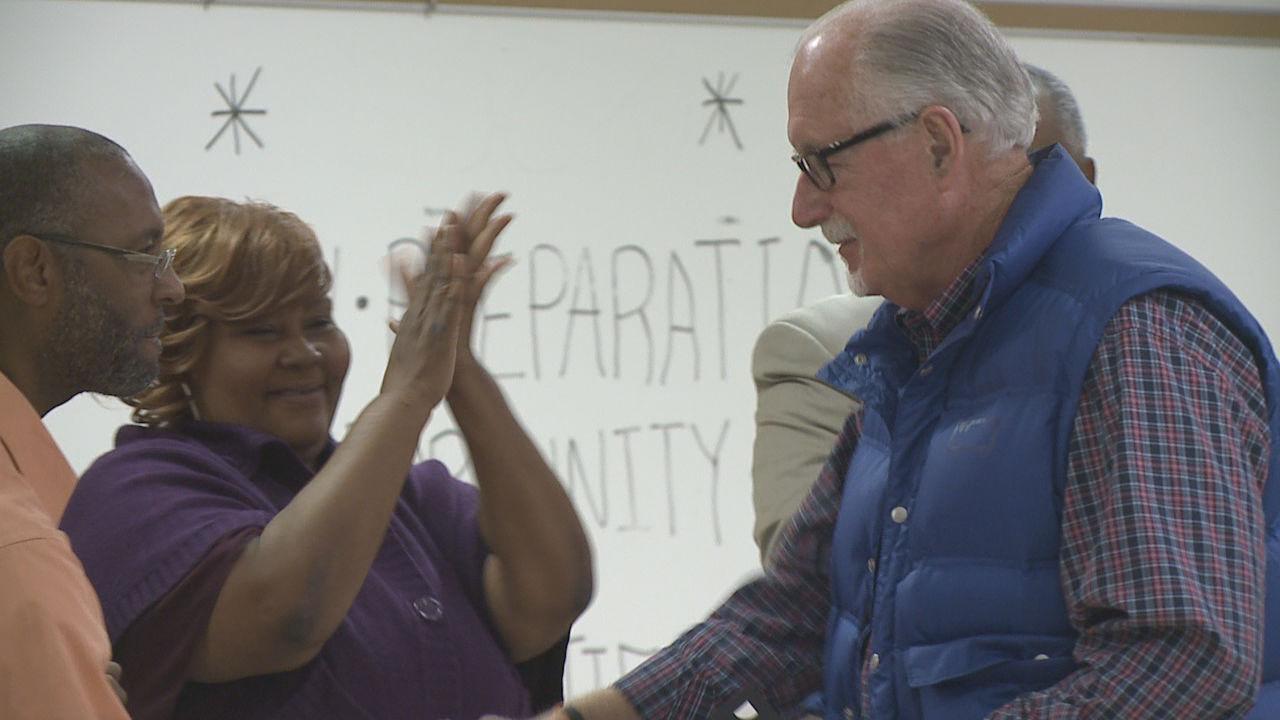 A proud Benton Harbor School Board paid tribute to the men and women instrumental in restoring the football team’s roar.

The unsung heroes off the field were center stage at Tuesday’s school board meeting.

The guests of honor were the coaching staff and Tiger Moms.

Much praise has been given to the student athletes who put on a historic performance this season.

But Tuesday night, it was the village that had a hand in raising these kids that was celebrated.

The special presentation during the board meeting saw certificates of appreciation handed out to the football team’s coaching staff.

“This was very nice and I appreciate the kind thoughts from the school board,” said Elliot Uzelac, Benton Harbor High School’s football coach.

Uzelac was humbled by the formal thank you from the school board and offered one last pep talk.

“For me, if we succeed on the field but we fail in the classroom, we fail them,” he said.

That speech was reminiscent of the many messages he’d delivered on the field throughout the season.

“We’re going to do everything we can to help them get into different universities and colleges of their choice,” said Uzelac.

That’s a promise shared by the night’s other guests of honor.

The Tiger Moms helped nurture the team off the field.

Their generous homemade meals were appreciated not only by the team, but also by the school board that started the presentation with a special message for each mother.

“The rewarding part was not only being able to cook for someone which makes everyone happy, but it was the relationships we started to have with the boys,” said Humes.

The Exchange Club Southwest Michigan has received over $7000 in donations for this fund.

The goal is to raise enough money to take the entire team on an all expense paid three school college tour.