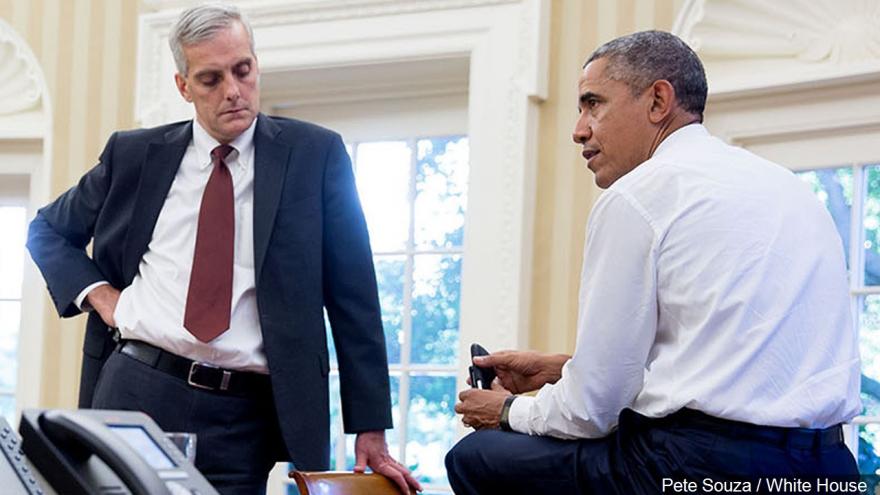 SOUTH BEND, Ind.—President-elect Joe Biden is set to formally announce his picks for key members of his Cabinet on Friday.

Former White House Chief of Staff and current Notre Dame professor, Denis McDonough, is among the list of nominees. McDonough has been tapped to serve as the secretary of the Department of Veterans Affairs.

“Denis is a dedicated public servant who, over the past three years, has been a valued member of our Keough School faculty, sharing his considerable expertise in public policy, international and domestic affairs and management with both graduate and undergraduate students,” University president, Rev. John I. Jenkins, said Friday. “I join his campus colleagues in extending congratulations on his nomination and wish him well in the confirmation process.”

McDonough joined the Notre Dame faculty in August 2017 and teaches courses in the Keough School of Global Affairs.