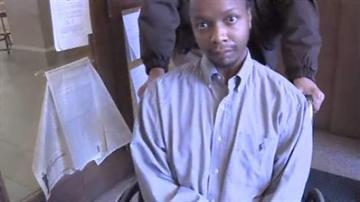 SOUTH BEND, Ind. —  The South Bend man accused of a double murder has been found guilty on all nine counts.

A judge found Brandon Biffle guilty of two counts of murder, six counts of attempted murder and one count of criminal recklessness.

She also found Biffle to be sane at the time of the shooting. During the bench trial, the defense argued that Biffle was insane.

Police said said that Biffle shot and killed Johnnie Avance, 53,  in the head while he was sleeping on the couch. He then went outside and shot Don Paris, 53, across the street.

According to police, Biffle also started shooting at passing vehicles and then shot at police.

"I'm glad today justice was served and it's just one step closer to getting our lives back together,” said Ronald Avance, Johnnie Avance’s brother. "I always knew he was going to get found guilty- it was just a matter of time.”

Risking their own lives officers took down Biffle before more innocent people were killed. The incident was caught on a police cruiser's dash cam.

"I know it's their job but to actually see that and see them do it was pretty inspiring,” said Cotter.

After the hearing, ABC57 asked Biffle if he was remorseful.

When asked what that meant, he replied, “We’ll know soon enough.”

Research shows Noble Drew Ali as the founder of a Moorish Divine national movement which was the roots of the foundation for African American Islamic Nationalism.

It is common for Islamic followers to add the name "Bey" after their last name as Biffle decided to do after his arrest.

Biffle is scheduled to be sentenced April 12. He faces between 212 and 408 years in prison.