Big brother is not watching, yet; council nixes video cameras in cabs 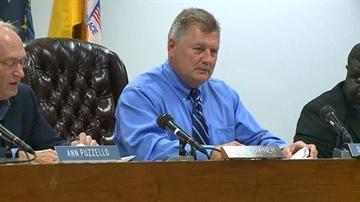 Changes to taxi cab services are coming to South Bend, but not as drastic as some had hoped or feared.

During a committee meeting earlier in the day a requirement that all cabs be no more than seven-years-old was removed, when council members felt two inspections per year was sufficient enough to determine if a vehicle was safe to operate.

It was a relief for drivers and cab companies who said they didn’t have the money to go out and purchase newer vehicles. Christine Huff, speaking on behalf for United Cab, said the requirement would have meant nearly all of the cabs currently operating would have to be replaced.

The phrase, “it’s something Indianapolis does,” was uttered several times during a presentation of proposed changes to the taxi cab ordinance at the Common Council’s committee meetings Monday afternoon; it became clear the city would like taxi service to be modeled after larger cities like Indianapolis and Chicago.

Cab drivers around town say that wouldn’t be so bad if the revenues were at the same level as those large cities, but they say they aren’t.

Still, many of the proposed changes like interior posting of rates, driver identification, maps of South Bend, and comment line phone numbers for complaints were met with open arms by drivers; as were new hygiene and anti-smoking standards.

Where things begin to get sticky for drivers is when large dollar enhancements were being proposed.

At one point, the new ordinance would have forced companies to have all of their cabs uniform in color, appearance or marking. Some view painting the cars cuts deeply into the owners pockets simply for an aesthetic appeal.

Others say uniformity of appearance would be helpful in identifying which cab company was used when a complaint comes in.

Yet still others question if colors are any better than the current company logos on both sides and rear of the cabs, not to mention the unique city provided license plate and corresponding number on the side of the vehicle.

Ultimately, council members called into question the wording. Because the word “or” caused such great confusion as to the intent of the ordinance, the section was reworked during the public meeting. In the end, the color requirement was removed.

The ordinance still maintains that all of a company’s cabs have to be uniform in appearance and marking though. Over the next year, the situation will be watched more closely and the color requirement may come back if differentiating between companies continues to be an issue.

Another expense cab owners were not looking forward to was a requirement that all taxies be outfitted with video recording equipment by 2013.

The city toted the cameras as a safety device for drivers, against potential criminal attack and theft, for passengers, against unscrupulous drivers charging too much or possibly making inappropriate comments or actions against them, and for the public at large.

The ordinance would have mandated that cameras be recording while the cab is in service. Video recording would have to be kept for 60 days, by the company.

The police department and the city would be able to request the video captured by these cameras, which may have open them up to being accessible to the public via a freedom of information act request.

This issue of potential public access was not breached during the construction of this requirement, according to Ann Carol Nash, an assistant city attorney for South Bend.

The potential for the public to access or leak video recordings of drunken college students, or any member of the community, conducting themselves in ways that may or may not be acceptable by their school or society at large, or saying something controversial unwittingly, are a very real possibility.

At first the council urged that signage be posted inside the cabs letting riders know they were being videotaped, which was heartily agreed to by Nash. Whether or not inebriated riders will take notice of that signage is unknown.

But continued questioning by councilmen Derek Dieter and Oliver Davis convinced Councilwoman Karen White to suggest removing the entire section and sending it back to city staff for more work. The suggestion passed unanimously.

During the afternoon committee meeting, the city shot down a request for cab companies to be able to charge a cleaning fee should someone get sick in their taxi. Fears that cabbies would abuse the ability to do this coupled with the comment that drivers had the right to refuse service to drunken riders, put an end to the issue.

The idea that taxies would refuse service to inebriated individuals was appalling to Huff who could barely contain her urge to speak out.

With the push to call a cab when too drunk to drive, it has become an expectation that taxies will get you home. The city says someone vomiting in the back of a cab is a cost the companies will just have to absorb. Councilman Timothy Rouse, a former cab driver in South Bend, says is part of the job.

Rouse would like to see stricter regulations put into place, and says a lot has changed since he drove a cab back in the early eighties. Back then, there were only two cab companies in South Bend. Today there are nine.

Rouse says, back then he took pride in what he did. He can only hope drivers today do the same.

Finally, the ordinance requires cab companies to shell out a few more bucks to increase insurance policies to cover under and uninsured drivers, if they don’t already. The idea is to protect riders from drivers who hit a taxi that may not have adequate insurance.

Prior to Monday night’s public meeting, Nash told ABC 57 that the city doesn’t want to increase costs for cab companies. That held true with the results of council actions taken during the meeting, as they slashed high dollar expenditures like paint jobs and video recording equipment out of the ordinance.

And while taxi service here in South Bend won’t be exactly be how you may find it in Indianapolis, many thanked Nash for her dedication to safety, reliability, and quality of life for riders and drivers.