Heavy rain swept Michiana on Monday, and more is expected to add up into Tuesday. This big rainfall event is the second of the month so far, and the inches are adding up. So far this October, more rain has been received than in any other month in 2017. This month's extensive rainfall comes after six abnormally dry months, June to September. 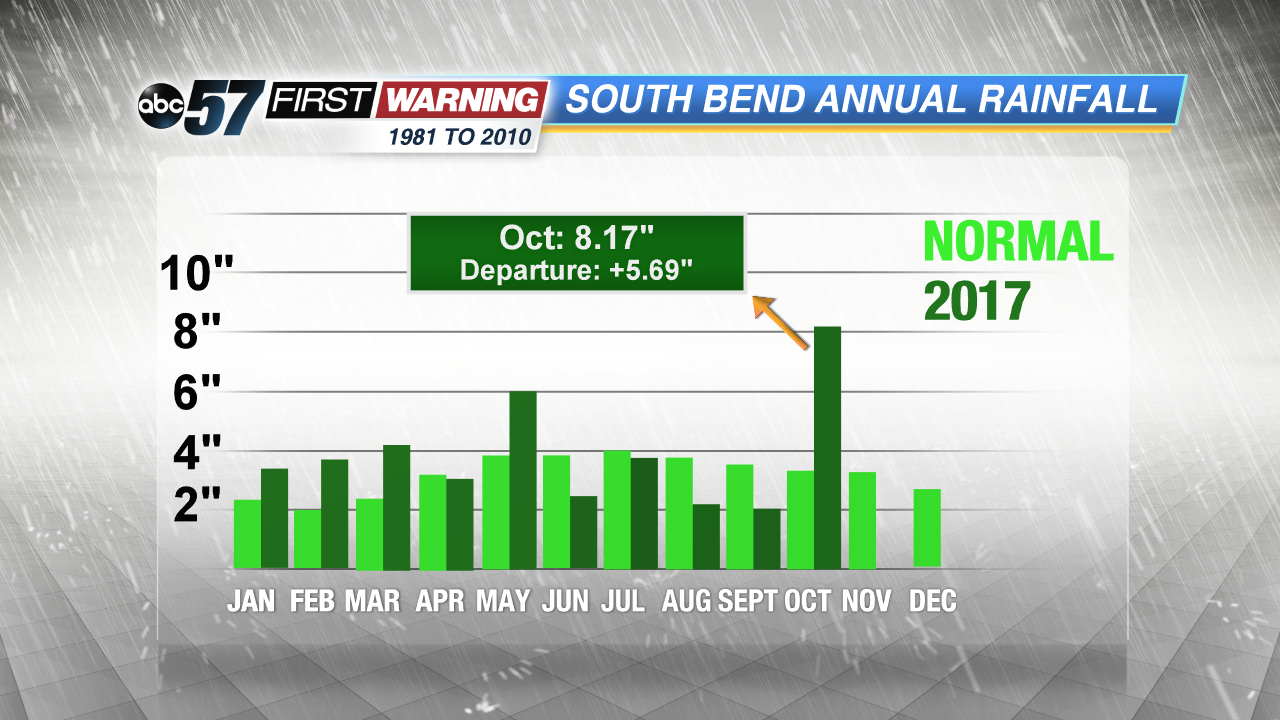 Now, we are watching the record books, because it is likely that October rainfall will break records. On Monday, the rainfall totals added up the 8.17 Inches, ranking 2nd for most rainfall up to this point in October. 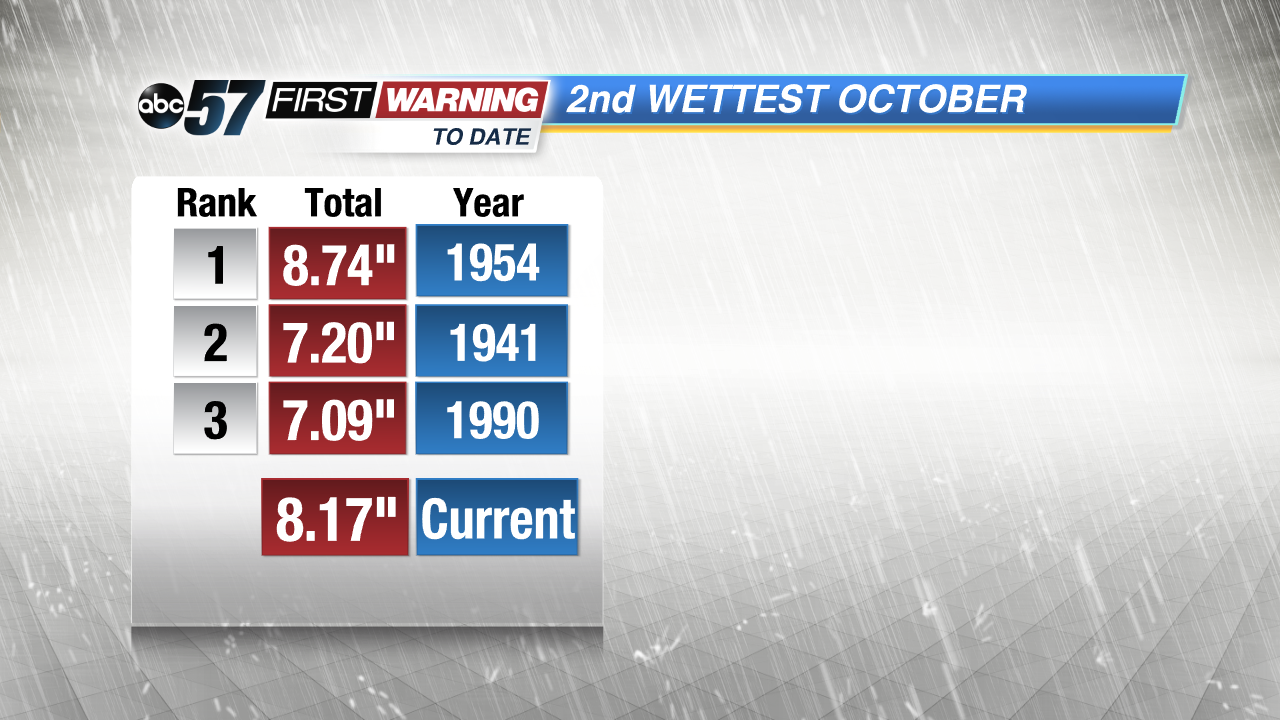 On top of that, 8.17 inches is very close to breaking the record for the most rainfall ever seen in the entire month of October. Only 1.58 more inches will be needed to break the record, which South Bend will definitely have by the end of the week.