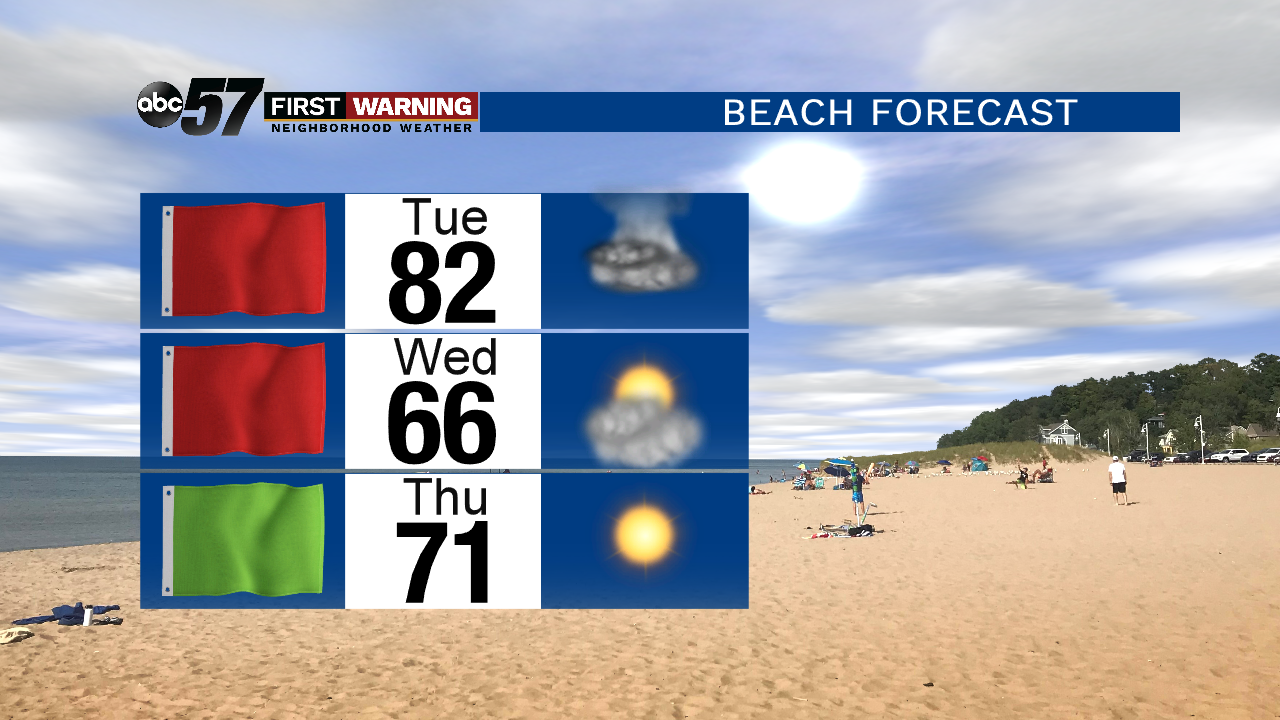 Despite Labor Day serving as the "unofficial end to summer," beach days can extend well into the month of September. Summer doesn't officially end until Monday, September 23rd.

If heading to the beach is something you want to do this week, the conditions are looking poor to dangerous for swimming both Tuesday and Wednesday. 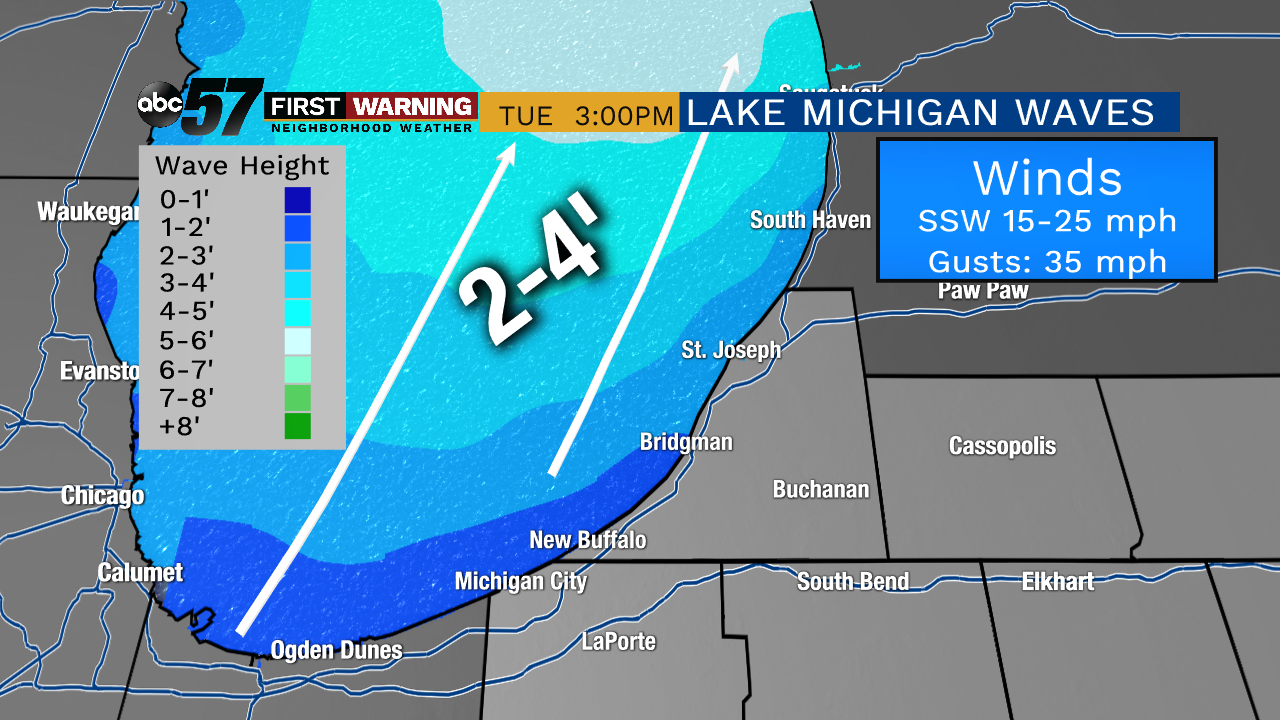 Wave height forecast Tuesday as strong south southwesterly winds develop.
Yellow flags are likely for La Porte County beaches on Tuesday, with red flags expected to be flying along Berrien County and Van Buren County beaches. Waves will build to 2-4' by Tuesday afternoon courtesy of wind gusts upwards of 20-30 mph, if not higher along the beaches.

It's possible that waves from St. Joseph northward reach 4-5' by late in the afternoon.

The National Weather Service adds that any storms that move across Lake Michigan on Tuesday will have the potential to cause a meteotsunami or seiche.

Essentially, these phenomena occur on lakes due to changes in pressure, wind speed and/or thunderstorms, and can be very dangerous to even deadly for those in the water, on the beach, or on piers and jetties. 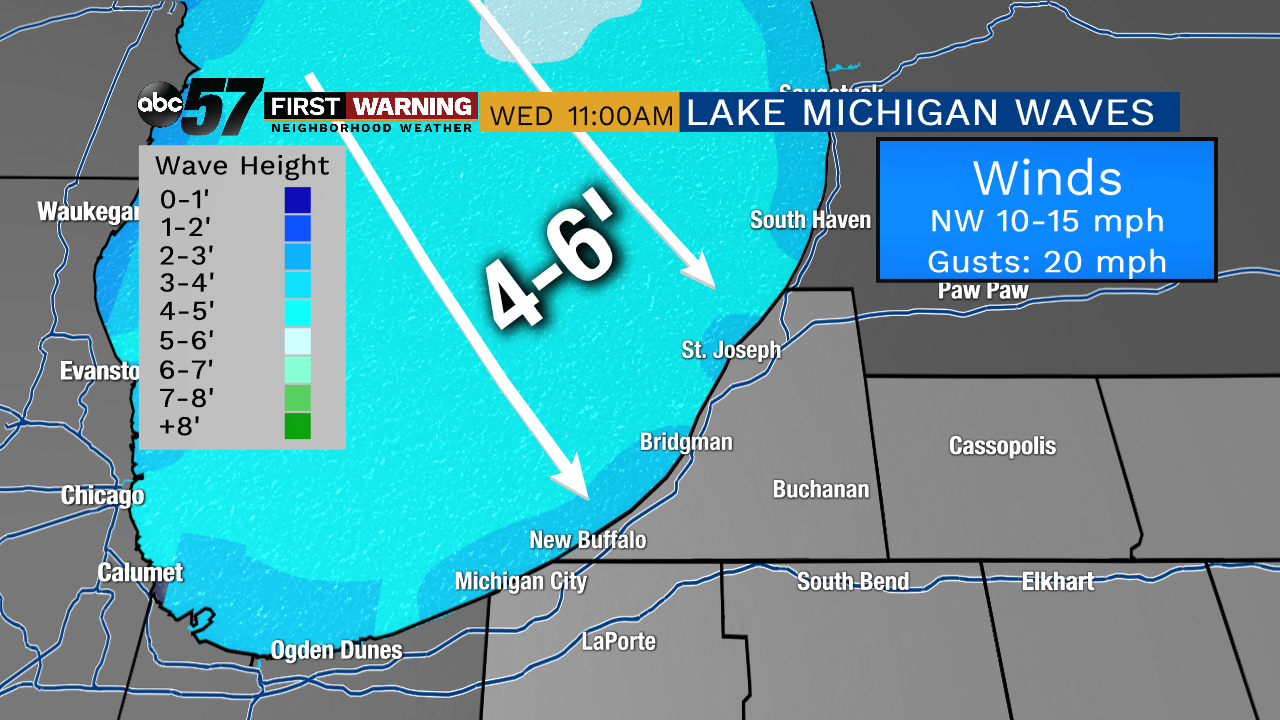 That puts beaches from Michigan City to South Haven in the highest "danger zone" due to the direction the waves will be coming from.

Swimming is highly discouraged as waves and currents will create very dangerous to life-threatening conditions at all beaches.

Venturing out onto piers is also discouraged as high Lake Michigan water levels and large waves will easily allow water to wash over them, possibly washing you into the lake.