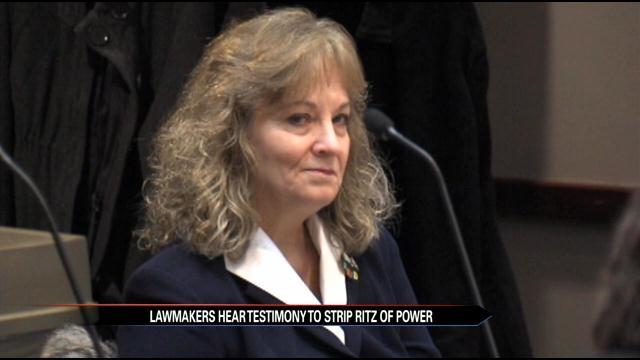 A bill to remove Indiana Superintendent of Education Glenda Ritz from heading up the State Board of Education is one more step toward becoming official.

This bill would give members of the board the power to elect a new chair each year. The way things are set up right now, it is the Superintendent's established position.

House Bill 1609 passed the House education committee by a 8-4 vote on Thursday. Lawmakers on that board also made a few changes to it. Those would increase the board's size from 11 members to 13.

It's a GOP led push. Since Ritz, the democrat, was elected into office in 2012, there has been conflict between her and Gov. Mike Pence on many school issues, like ISTEP testing.

Those in favor of the bill say that conflict has led to dysfunction, and this is necessary to fix that. But opponents say it strips power from the superintendent and undermines the voters who punched their ballots for her.