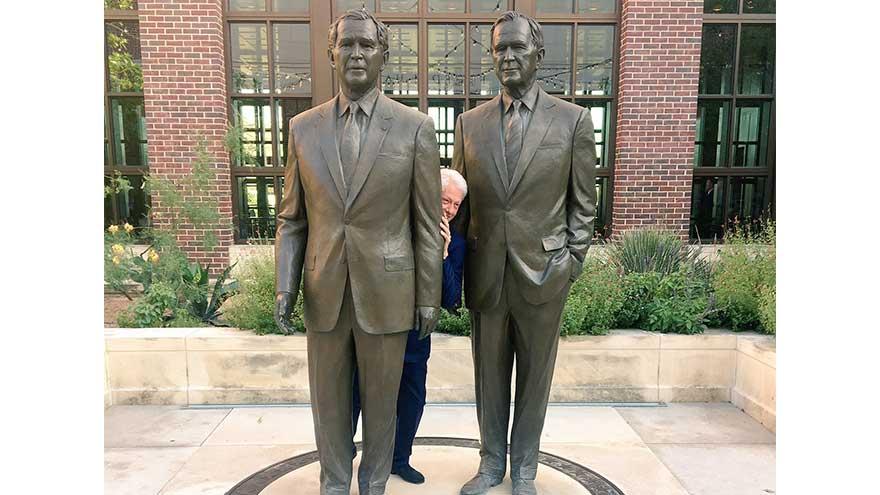 (CNN) -- If you thought former President Bill Clinton is happiest when frolicking among balloons, think again.

Clinton has found something that makes him even giddier: squeezing in between giant presidential statues for the sake of a pun that he just couldn't pass up.

When he visited the George W. Bush Presidential Center for a public event on Thursday, Clinton's press secretary Angel Urena snapped a photo of the former President that quickly went viral. The picture shows him peeking out between the statues of George W. Bush and George H.W. Bush with a sly grin on his face.

He's literally hiding between two Bushes, prompting one Twitter user to joke that Clinton should write a book called "My Life Between the Bushes."

And if the pun wasn't enough on its own, the picture is also historically accurate because Clinton's terms as President came in between the father-son Bushes, as folks were quick to point out on Twitter.

Did the former president pose for the photo just for the pun? It could be. Or maybe he just felt overlooked as he gazed up at the ginormous statues of the two former leaders of the free world looming over him.

Either way, there's little doubt that this picture will go down as one of the top presidential memes.