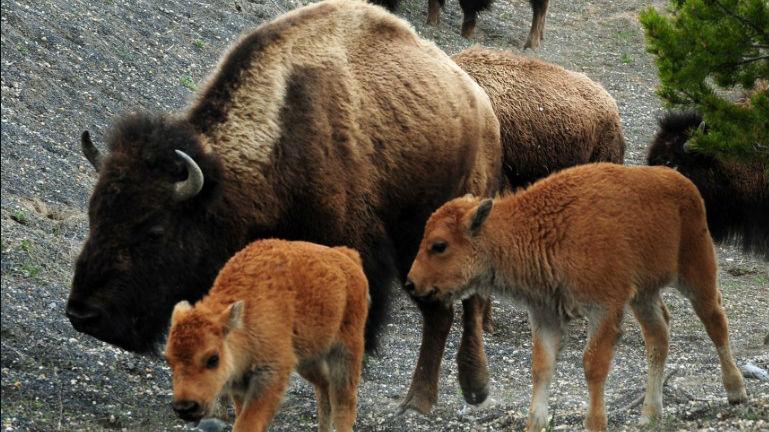 (CNN) -- You know what they say about the road to hell and good intentions?

Well, the folks at the National Park Service are urging you, begging you, harshly warning you to leave the bison alone.

Even if you do find a baby one wandering around and load him into your car, thinking the poor calf is cold.

That's what a father-son duo did a couple of days ago at Yellowstone National Park when they spotted a newborn bison and thought it was cold and lost.

Rangers called their "good intentions" misplaced. Because what happened after the pair drove the calf to a park facility is where the "road to hell" part comes in.

Bison are seriously protective of their young. But if you remove a calf from its mother, mama bison will sometimes reject it.

Rangers tried many different times to reunite the calf. But the herd wasn't having it.

Result? They had euthanize it. Because, without a home to call its own, it kept running up to people and cars and "causing a dangerous situation," the park service said.

On Monday, park rangers sent out a reminder to visitors to let our new national mammal be.

Don't load them in your car. Don't walk up to pet them. Don't take selfies with them.