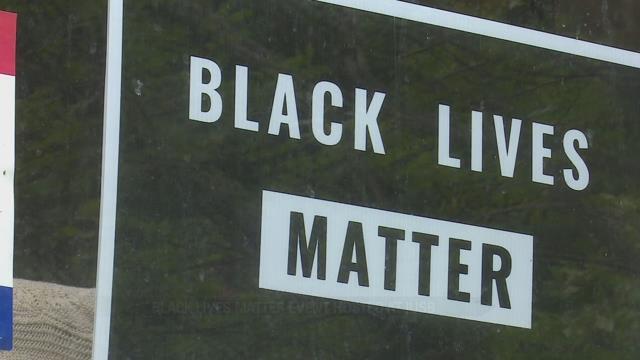 We’ve been hearing about ‘Black Lives Matter’ all summer, so the Indiana University of South Bend decided to host a forum to talk about it.

And one South Bend woman said she knows there are deeply rooted issues fueling this Black Lives Matters movement—that’s why she supports it.

“It’s important to remember when you say black lives matter, you’re not saying all lives don’t. You’re drawing attention to a systemic problem that has to be addressed,” said Black Lives Matter supporter Sarah McKibben.

“The number of events that have happened, the way they’ve been mounting up have really been horrifying to me. I knew there were problems with racism, with structural systemic racism in this country, but it’s been more and more painful to witness,” McKibben said.

That’s exactly why Stephen Salisbury decided to organize a discussion about the movement Thursday.

“We just wanted to talk about social activism and some of the systemic issues that are the predicates for some of these situations that are happening, because the reality is people are dying, so we felt like it was important to address that for our students,” Salisbury said.

So, IUSB gathered people from multiple departments as well as South Bend’s new Diversity and Inclusion officer to dig more deeply into these systemic issues.

“It’s important that we interact with different viewpoints. That’s how we learn,” Salisbury said.

“It’s extremely important that we discuss these matters to gain a deeper understanding of the nature of the problem, and also to support one another,” McKibben agrees.

She supports the movement with signs in her windows.

“ It’s an incredible strain to be a person of color in this nation, in this  world, in this community, and it’s important for white folks to listen to the experiences of people in color, which often are not represented accurately or even talked about much at all,” McKibben said.

Sarah has had her Black Lives Matter signs stolen three times this week, so she’s hoping someone is taking them who wants to stand in solidarity with the cause. She says unfortunately she’s afraid that’s not the case.

That’s exactly why Salisbury says discussions like the one held here tonight matter.