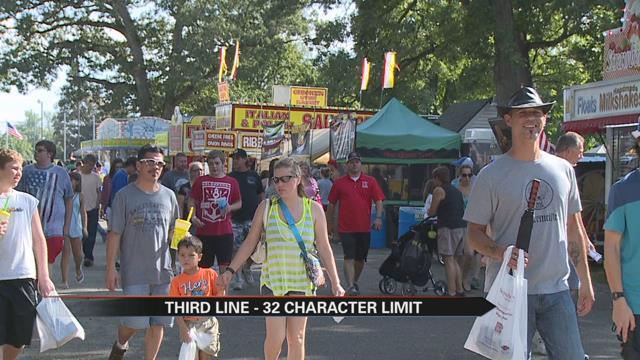 But it isn’t just about entertaining this year, the event is paying tribute to local heroes.

With this year’s slogan being “Heroes Among Us,” the organizers are making sure to pay tribute to a very special hero from Marshall County.

In late August Sheriff Tom Chamberlin passed away after fighting a long battle with cancer. He was a beloved figure in the Marshall County community and many were deeply impacted by his death.

On Monday morning, the community will pay tribute to Sheriff Chamberlin during the Blueberry Festival Parade.

“We’re going to have the 501 car and he’s going to go and lead our parade about a block, block and half ahead of our regular parade,” said Nolin.