Board rejects plan for baseball stadium in residential area 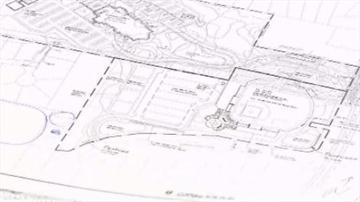 ELKHART COUNTY, Ind. -- Residents in Elkhart County filled the Board of Zoning Appeals meeting to express their disapproval of a proposed minor league baseball stadium. In the end, board members voted against the proposed ballpark.

Board members said it was an excellent presentation by the developer and a beautifully designed ball park, but were totally against the proposed location.

Each member voted to deny the use of the land for the stadium.
Residents were thankful the board rejected the proposal.

"One of the reasons we moved out to Elkhart was for the nice residential area that we purchased. If they put this thing in it's going to decrease the property values and at some point we'll relocate within the area,” said resident Bob Whitehead.

The developer set it sights on a wooded lot owned by First Baptist Church. It needed to be rezoned for special use.

The proposed ballpark would have been in Mike Bontreger’s back yard.

"There are many properties in the surrounding areas that'd be much more appropriate than dropping it into a residential area,” said Bontreger.

Bontreger loves baseball, but doesn’t want the disruption of fireworks, lights, traffic that a ballpark would bring.

He also worries it would fail.

"I don't think for something that costs $5 million, I don't think with amateur sports you can hold a roof up on a facility like that,” said Bontreger.

The team would play in the summer collegiate Northwoods League and would be called the Elkhart Miracle.

Residents say it would take a miracle to get their approval.

"What's wrong with going down by the bypass where we already have a big bowling alley and a giant sports facility? That's the area to put this in,” said resident Mike Rody.

The developer Craig Wallin, or CTT Communications, said he has a short list of three other locations and he has already made solid contacts.

He says he hasn’t lost hope because of the meeting and is confident he’ll have something together in the next few weeks.