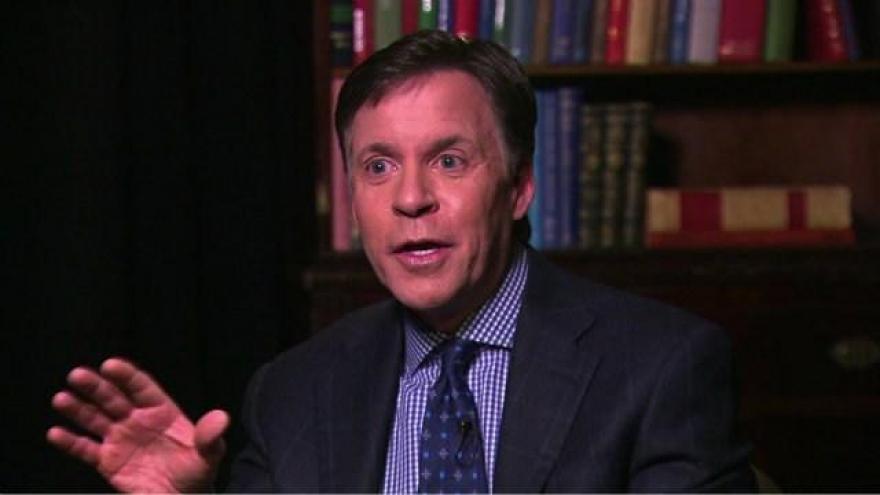 NEW YORK (CNNMoney) -- One of the longest runs in sports broadcasting is coming to an end.

Bob Costas, the voice of NBC's primetime Olympics coverage since 1992, is "passing the torch" to Mike Tirico, the network announced Thursday.

Tirico will make his debut as the network's primetime host of the games starting with the Winter Olympics from PyeongChang next year.

It's hard to imagine the Olympics without Costas; he has been the host of a record 11 Olympics.

At an NBC press event for the games on Thursday, Costas said that now was a good time to end his run because he "wanted to step aside while I was still able to do it."

He added that in the same way Tom Brokaw has been a part of NBC News after leaving the NBC Nightly News that he would fit somewhat into the same role with NBC Sports and still show up when his "presence would make a difference."

"This just felt like the right time to do that. Not to retire, but to transition," Costas said. "And it will also leave me an opportunity to do some other things."

The news comes as something of a surprise, but may help explain why Tirico moved from ESPN to NBC last year after a 25-year stint at ESPN.

"That's the pinnacle of our business, to be a part of the Olympic broadcast," Tirico told CNN last July. "The world doesn't come together about many things, many times anymore... To say that's a part of your life for however long this run is, is wonderful and humbling to me."

Tirico said at the press event Thursday that he's most looking forward to the preparation for and stories that are a part of the Games and added that Costas' best advice was to be himself rather than try to do what Costas did for nearly 30 years.

As for Costas, who is NBC's longest tenured announcer, he will watch the Olympics just like everyone else next year. He may still be a host -- but of a viewing party rather than of NBC's coverage.

"That's probably in order for one night," Costas said. "Eighteen nights might be a little exhausting."