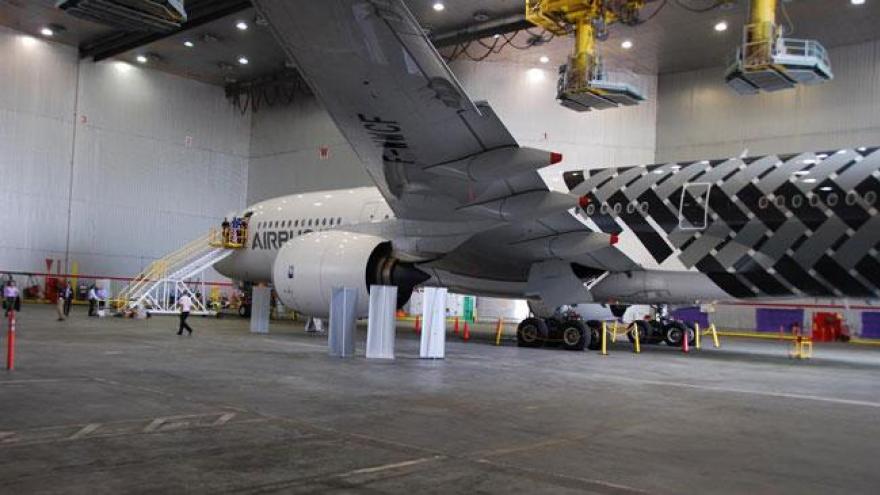 By Alanna Petroff and Jackie Wattles

Boeing and Airbus have been given the green light by the U.S. government to sell planes to Iran despite fierce political opposition to the deal.

The Treasury Department has approved the delivery of more than 100 Boeing aircraft and 17 Airbus passenger planes, marking a key step for Iran's foreign business dealings now that its economic sanctions are lifted.

Boeing is a U.S. company headquartered in Chicago. Airbus, a European consortium, needed U.S. government approval to sell aircraft to Iran because many parts are made in the U.S. and the American authorities want to ensure the country doesn't use the planes for military purposes.

Treasury said in a statement Wednesday that the licenses "contain strict conditions to ensure that the planes will be used exclusively for commercial passenger use and cannot be resold or transferred."

Iran has agreed to buy 80 jetliners from Boeing in June, and lease another 29 Boeing aircraft.

A company spokesperson said the 100 approved deliveries will include the 80 sold planes. He was unable to immediately provide details about the nature of the other 20 planes approved for export to Iran.

Boeing said in a statement Wednesday that it will "remain in talks with Iran Air" regarding the deal, and "any final sales agreement would have to adhere to the license we've been issued."

Airbus signed a deal in January, agreeing to provide 118 planes to Iran for about $26 billion. This is among its biggest ever sales, and includes 12 A380 super jumbo jets.

Airbus expects the U.S. government to approve the sale of the remaining 101 planes in the next few weeks, Airbus spokesperson Justin Dubon told CNNMoney.

Iran is working to modernize a fleet that is among the oldest and most dangerous in the world. Years of sanctions left Iran's airlines with outdated and unsafe aircraft. The sanctions were lifted after Iran agreed to curtail its nuclear program.

Many sanctions against Iran still remain. For example, the U.S. continues to block companies from doing business with Iran in U.S. dollars. This has complicated the financing of these huge plane contracts, since many banks are concerned about working with Iran.

Several big banks, including HSBC and BNP Paribas, were fined billions of dollars for dealing with Iran while more extensive U.S. sanctions were in place.

Airbus said it believed financing wouldn't be a problem.

"There are institutions out there that could do it," said Dubon. "There is liquidity in the market and there are several avenues [we can pursue]. Even if there's reticence by some banks."

U.S. approval could provide welcome relief for the struggling A380 super jumbo, which cost Airbus $25 billion to develop. Sales have been disappointing and the company recently slashed its production outlook for the plane due to a lack of customers.