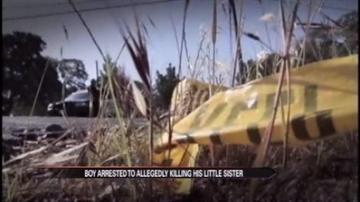 SACRAMENTO, Calif. — A 12-year-old boy is under arrest after being charged with stabbing his little sister to death.

Her brother told police a guy broke into their home and killed his sister. He even offered a fake description sparking a massive manhunt.

"You don't expect something like this to happen," said neighbor Austin Fritz.

Authorities are now saying there was no intruder and that it was her brother behind the murder.

Investigators are staying tight-lipped about what led them to the young boy.