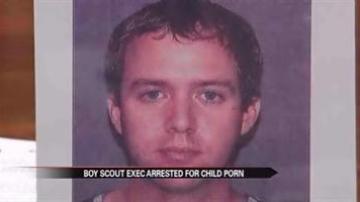 Bieler was a district executive with the Boy Scout council in Evansville.

Police said they found sexually-explicit movies and pictures featuring young children in Bieler's home. They also found written materials describing his attraction to several boys he worked with in scouting.

"We were shocked. We're disgusted with what's taken place," said John Harding of Buffalo Trace Council. "And at this point and time we're doing everything we can to notify all our scouting families that had direct or indirect contact with Mr. Bieler."

Bieler has been removed from his position with the Boy Scout council.

Police said that there is no evidence that suggested he had any inappropriate contact with scouts.