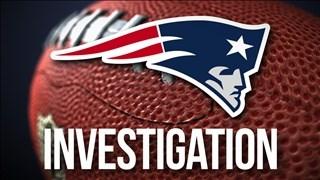 Tom Brady of the New England Patriots will be suspended for four games without pay for violating the NFL's policy on the integrity of the game related to the ‘deflategate' incident.

In the AFC Championship game against the Indianapolis Colts on January 18, 2015, all 11 Patriot balls measured below the 12.5 psi minimum. The four Colts balls tested were within the 12.5 to 13.5 psi range.

The Patriots' balls averaged 11.11 psi and 11.49 psi when measured by two game officials.

The Colts' balls averaged 12.63 and 12.44 psi when measured by the same game officials.

A report released last week concluded it was more probable than not that two Patriots employees, Jim McNally and John Jastremski, “participated in a deliberate plan to circumvent the rules by releasing air from Patriots game balls after the examination of the footballs by NFL game officials at the AFC Championship Game.”

The report also concluded, “Based on the evidence, we also have concluded that it is more probable than not that Tom Brady was at least generally aware of the inappropriate activities of McNally and Jastremski involving the release of air from Patriots game balls.”

The investigators wrote they didn't believe the Patriots ownership, Head Coach Belichick or any other Patriots coach knew or did anything wrong in the case and said there was no indication of wrongdoing or knowledge of wrongdoing on the part of Patriots Head Equipment Manager Dave Schoenfeld.
Share this article: