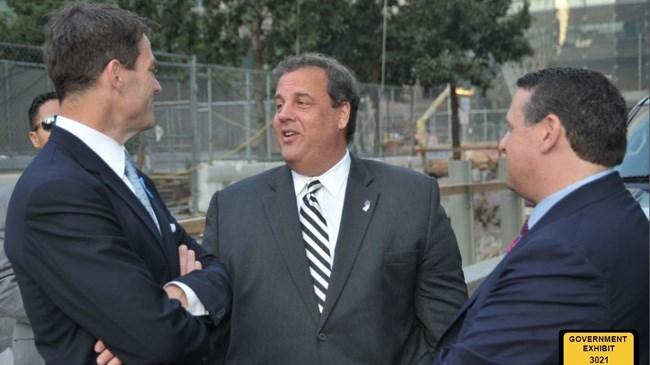 By Dominique Debucquoy-Dodley and Tom Kludt

(CNN) -- Two former officials linked to New Jersey Gov. Chris Christie's office were found guilty on all charges Friday in connection with the closure of lanes in 2013 on the George Washington Bridge in an act of alleged political retribution, the fallout for which has come to be known as Bridgegate.

Bridget Anne Kelly, the former deputy chief of staff to Christie, and Bill Baroni, the former deputy executive director of the Port Authority of New York and New Jersey, both faced seven counts of various charges including conspiracy, fraud, and civil rights deprivation.

The verdict is a major setback in Christie's political career, following a controversy that spans nearly three years and put a significant dent in the Garden State Republican's presidential ambitions. Christie is heading planning for Republican nominee Donald Trump's transition if he wins the presidency.

In a statement, the New Jersey governor said he was "saddened" by the case and repeated his long-standing claim that he had no knowledge of the plot to close lanes as an act of political retribution.

"As a former federal prosecutor, I have respected these proceedings and refused to comment on the daily testimony from the trial," Christie said in the statement. "I will set the record straight in the coming days regarding the lies that were told by the media and in the courtroom."

Christie has also functioned as a high profile surrogate for Trump, and was included on a schedule of campaign stops in New Hampshire this weekend put out by the organization.

CNN has reached out to the Trump campaign for comment and not yet gotten a response.

The news comes after nearly five days of deliberations from the jury. Sentencing is scheduled for February 21 in the same courtroom.

The defense attorney for Kelly said they planned to appeal the verdict and request a new trial. Defense attorneys for both defendants had filed a motion for a mistrial Thursday before the verdict came down Friday.

Kelly and Baroni each face a maximum sentence of 86 years, according to Paul Fishman, the federal prosecutor in the case.

Kelly and her family were visibly emotional while the verdict was read, while Baroni stared at the jury before hugging his family.

Prosecutors alleged that the lane closures on the George Washington Bridge were part of a deliberate effort to punish the Democratic mayor of Fort Lee, New Jersey, who did not endorse the Republican incumbent Christie in his 2013 re-election bid.

Emails and text messages released in January of 2014 form the basis of the charges. In one particularly damning email, Kelly told former Port Authority official David Wildstein, "Time for some traffic problems in Fort Lee."

Kelly later said her messages contained "sarcasm and humor," and she claims that she had told Christie about traffic problems resulting from a study a day prior to sending the email.