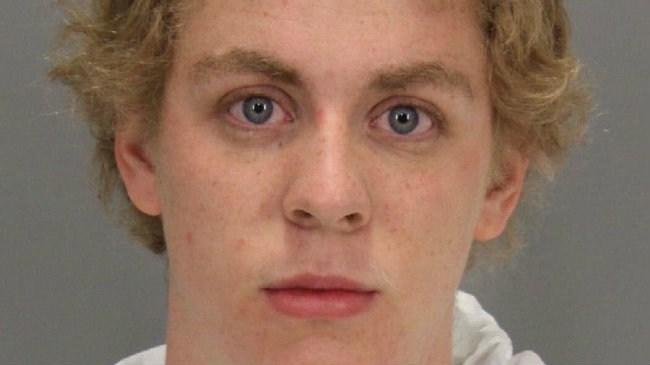 The case drew national attention after the woman's wrenching victim-impact went viral. The brevity of the sentence triggered outrage against the judge and conversation about how the justice system treats sexual assault survivors.

Similar furor is expected for Turner's exit Friday from the Santa Clara County jail in San Jose. Supporters of the campaign to recall Judge Aaron Persky have said they will hold a rally outside.

Like most offenders in California sentenced to county jail, Turner, who turned 21 while in jail, was released under a law that gives inmates credit for time served.

He's expected to return to his family's home in the suburbs of Dayton, Ohio. That's where he grew up, and where he went after agreeing to withdraw from Stanford following his January 18, 2015, arrest.

Deputy District Attorney Alaleh Kianerci asked for six years, citing Turner's testimony that the woman appeared to consent to his overtures, despite evidence to the contrary, including his statements to police. His apparent lack of remorse, plus the fact that the woman was especially vulnerable in her unconscious state, weighed in favor of a state prison sentence, Kianerci said.

Persky followed the probation department's recommendation of probation and county jail time, based on Turner's lack of criminal history, his show of "sincere remorse" and the fact that alcohol was involved in the incident, impairing his judgment.

Additionally, Persky said at the time, he considered the "severe impact" a state prison sentence would have on an offender of Turner's age, based on input from family and friends about how the conviction had already affected him.

"I think you have to take the whole picture in terms of what impact imprisonment has on a specific individual's life. And the impact statements that have been -- or the, really, character letters that have been submitted, do show a huge collateral consequence for Mr. Turner based on the conviction."

Outcry over the sentence, too lenient in the eyes of many, was quick and substantial.

A campaign to recall Persky has gained momentum, prompting supporters of the judge to respond with their own campaign this week. At his request, Persky will no longer hear criminal cases after a transfer to the civil division by the end of September.

Also this week, state lawmakers passed a bill written by the Santa Clara District Attorney's Office, calling for mandatory prison time for those convicted of committing sexual assaults upon intoxicated or unconscious victims.

'I am not just the livid victim

In her letter, the woman described blacking out at a fraternity party and waking up in a hospital with pine needles in her hair, dried blood and bandages on the backs of her hands and elbows, her underwear missing.

She described finally learning what happened to her at the same time everyone else did, through news reports: how she was found unconscious behind a Dumpster between two fraternity houses, her dress pulled over her shoulders, bra pulled down, naked from the waist down. Two passersby stopped when they saw Turner grinding against her unconscious body; he ran and they chased after him, pinning him to the ground until police showed up.

"I don't sleep when I think about the way it could have gone if the two guys had never come. What would have happened to me?" she said.

Addressing Turner directly, she described how he destroyed not just one life, but two. She described her struggle to shed the victim label that had been pressed upon her, and urged him to see the error of his ways, convinced that he still doesn't get it.

"Every day, I have to relearn that I am not fragile; I am capable; I am wholesome; I am not just the livid victim," she said.

"Your life is not over. You have decades of years ahead to rewrite your story. But right now, you do not get to shrug your shoulders and be confused anymore. You have been convicted of violating me intentionally, forcibly, sexually, with malicious intent, three felonies, and you have only admitted to drinking alcohol."

She urged Persky to disregard the probation officer's recommendation of straight probation, based on findings that Turner was considered low risk to reoffend and had already endured great losses.

"Had Brock admitted guilt and remorse and offered to settle early on, I would have considered a lighter sentence, respecting his honesty, grateful to be able to move our lives forward," she said.

"However, this was not the case. My family and I have endured over a year of inexplicable, unnecessary suffering, and he should face the consequences of challenging his crime, of putting my pain into question, of making us wait so long for justice."

What's next for Turner?

While Turner's jail sentence will be finished, he must still complete three years of year probation period as a sex offender when he returns to Ohio. He will enter a sex offender management program for at least one year or as long as three.

Such programs tend to consist of group counseling sessions led by psychologists focused on cognitive behavioral treatment. Typically, the goal is to address underlying anti-social behavior that leads to distorted ways of thinking about sex, relationships and empathy toward others.

As part of the program, Turner must submit to polygraph tests.

Ohio monitors sex offenders based on a three-tier system, which has different requirements for each level. It's unclear under which tier Turner's California conviction will fall, but in the letter Turner's mother wrote to Persky, she indicated his offense could make him eligible for the highest level of supervision, Tier III.

Typical requirements for Tier III offenders include registering their address and personal information with law enforcement every 90 days for the rest of their lives. Their picture, conviction information and address will be publicly available on the state's sex offender registry.

Additionally, anyone living within 1,250 feet from the offender's listed address will be notified of their residency.

That's on top of requirements for all offenders, who can't live within 1,000 feet of a school or day care center. Additional requirements include include notifying law enforcement of changes in address, employment, education schedule, vehicles, telephone numbers, volunteer work, and Internet access information, such as user names and passwords for emails, websites and social networking sites.

"Even if Brock Turner only spends a limited amount of time in custody, being on probation or parole is not like being free in society," said University of Massachusetts Lowell associate professor Jason Rydberg, whose research focuses on prisoner reentry, sex offenders and community supervision.

"You are monitored and your movements are controlled."