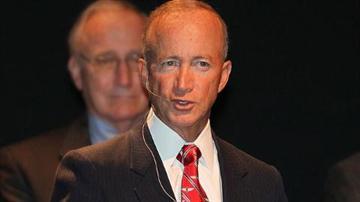 The deep division, between Republican voters could lead to a “brokered convention."

That's if none of the current candidates earns enough votes for the nomination. If that happens technically other candidates, like Gov. Mitch Daniels, could throw their names in.

"I really would not be interested,” said Gov. Daniels. “I would be interested in finding someone who can present a really credible and winning alternative to what in the nation's going on right now. I still think it's very unlikely.  These things have a way of resolving themselves, and I think this one will too before we get to the convention."

Daniels has reportedly not ruled out a run for vice president. The GOP Convention starts August 27, in Tampa.