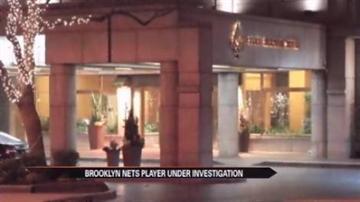 PHILADELPHIA -- A Brooklyn Nets player is under investigation in a sexual assault case.

It happened at the Four Seasons Hotel in Downtown Philadelphia.

That's where police found player Andre Blatch's cell phone with compromising pictures of the victim. They also say they found the date rape drug in the hotel room.

Blatch denied any involvement in the reported assault, tweeting that he didn't do anything but was in the area where it happened.

So far, no charges have been filed.