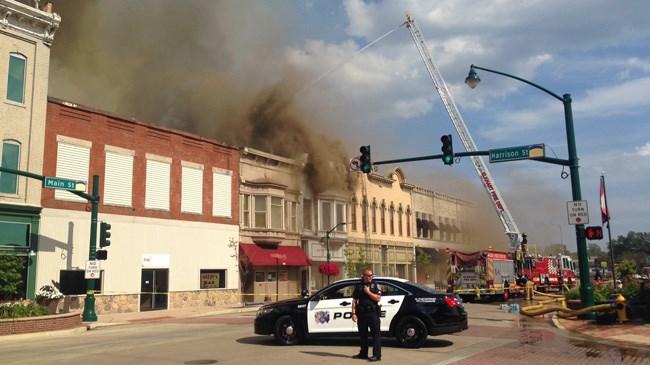 The Elkhart Fire Department responded to a call on Main Street just after 4 p.m. Tuesday afternoon.

The fire broke out around 4 p.m. at 612 S. Main Street causing that area of Main and Harrison Streets to be shut down.

The fire chief says the fire started in the back of the first floor, in the kitchen area.

Fire crews fought to douse the fire for over two hours and two firefighters were checked out for possible dehydration.

The building that caught on fire was two stories, and the fire started in the kitchen area of the first floor rear apartment.   A woman was at home, while her husband was at work, and smelled smoke.

Fire officials say they do not believe that there was any working smoke detector in the building.

The investigation on what caused the fire is still ongoing.