Business as usual, despite winter weather 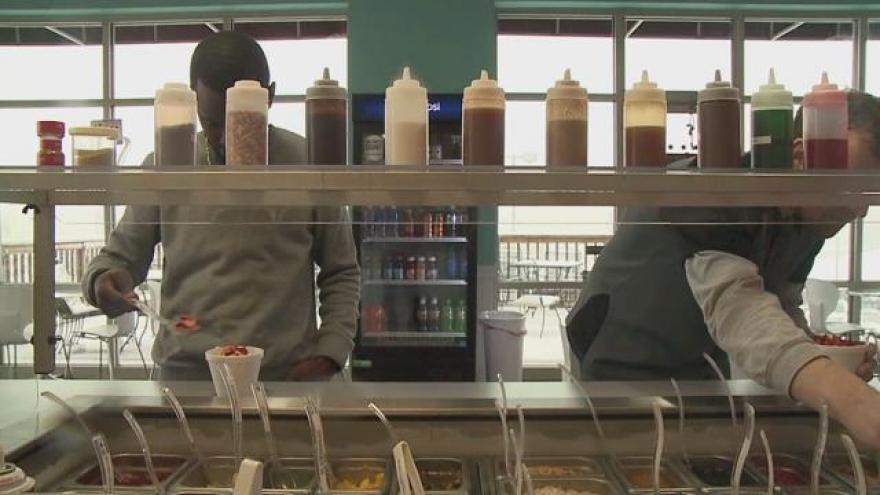 Rapid snowfall, wind, and wet roads are creating the perfect storm for drivers.

Two cars collided at the intersection of Main and Sample.

Minutes later, there was another accident.

An SUV was hit near Michigan Street.

Its front bumper was half way down the block on St. Joseph.

But in the midst of it all some people are making it to their destination.

“If you can brave the weather it’s definitely worth it,” said Reuben and Nicholas.

They work down the block from Sweet Frog Premium Frozen Yogurt.

They said a little or a lot of snow was not going to stop them from hitting up their favorite lunch spot.

The same goes for another family, who stopped by for some yogurt before going grocery shopping.

“We’ve been blessed with a really great winter so far. And then they hear all the forecasts and everything else and people are starting to clamp down, but just take it slow,” Sweet Frog Customer Patrick said.

Sweet Frog Manager Debbie Etherton said business Wednesday was no slower than any other weekday. So she planned to stay open until her usual 9 pm.

“They say that this doesn’t affect them. That they like to come in and if they like ice cream they don’t care what the weather is like they come in and get the yogurt,” said Etherton.