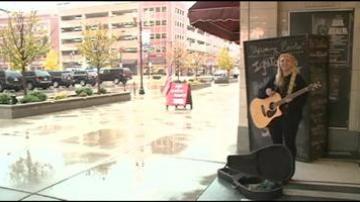 SOUTH BEND, IN -- At least one city councilman wants to see more street performers in downtown South Bend. A new ordinance is being proposed on Monday that encourages busking.

Busking is the official term for street performing.

Right now it's not necessarily illegal, but this new ordinance would make it officially legal, possibly within a couple weeks.

Councilman Tim Scott proposed the ordinance to regulate and legitimize street performers all to make the streets more tourist friendly.

If everything goes well with administration, buskers could be legal in downtown by the holidays.

Details of the proposed ordinance are still being worked out, but this will be a one year pilot program.

And if everything goes well, it could expand to the rest of the city.