Buttigieg: I'm not opening the box; Mayor refuses to look in DoJ package 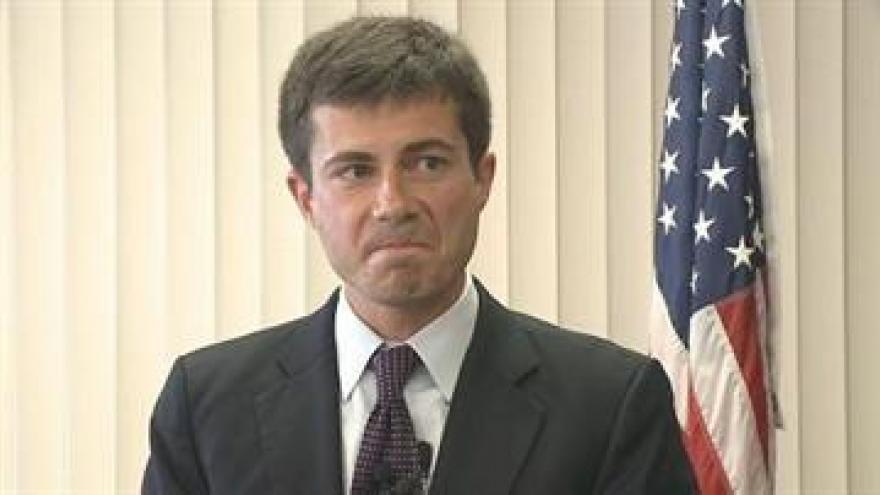 SOUTH BEND, Ind. – Cassette tapes that have been at the core of a scandal that has created a black cloud of distrust between the public, city officials, and the police have returned to South Bend; at least, that’s what Mayor Buttigieg thinks, though he does not know for sure.

A few days ago, the City received a package in the mail from the Department of Justice.

Instead of opening it, Buttigieg ordered that it be put into a safe deposit box.

We were not told who has access to the safe deposit box, or where it is located, though the mayor indicated that it was not inside the County City building nor the police department.

Buttigieg is refusing to open the package, insisting that he wanted to preserve the integrity of whatever was inside the box.

The mayor does not know if any or all of the tapes are in the box.

He also does not know if there is any correspondence from the Department of Justice answering the question the City posed to it when they originally sent the tapes to them months ago.

The City wanted the Department of Justice to look into the tapes to see if there was anything unethical, racial or criminal in their content and to notify the City if there was something that should be done about it.

Both the mayor and his interim-City Attorney Aladean DeRose are assuming the box has nothing but the tapes inside it.

“We don’t want to do anything with respect to the box until we’ve gone through the legal proceedings,” said DeRose.

The mayor mentioned that he was hesitant to open the box until it was clear he legally could do so.

Buttigieg also announced that his administration filed a complaint for declaratory judgment, a legal procedure, with the federal court.

Buttigieg says, the federal courts should be the one to rule on federal law; from the beginning the Mayor has said his legal advisors have told him the tapes could be a violation of federal wiretapping laws.

For some, like several Common Council members, Buttigieg’s decision to go down this road comes at an odd time.

It has been five months since Buttigieg demoted former Police Chief Darryl Boykins; it has been more than two weeks since his office was subpoenaed to turn over the recordings by the Common Council; and the city is facing seven notices of tort claim, of which the legality of the tapes play a significant role.

No one seemed to have a clear grasp on why it took two weeks for his legal department to come to the decision that filing in federal court, instead of denying the subpoena and having the local court decide, was the appropriate thing to do.

This has been a criticism of the City’s legal department for a while; given the vast amount of time this has been an issue in South Bend, why it is it taking them weeks to reach decisions on things they have already been advising the mayor on for months.

After an executive session earlier this month, the community had hope that the legality of the tapes would be decided quickly when it appeared the council and the administration had worked out a way to fast track that decision.

That plan is now in shambles.

The council, under the impression the administration wanted a quick resolution, instructed their attorney to provide seven days on the subpoena.

After the seven days were up, the Mayor’s office argued that under law it could take up to 30 days.

Some how, quickly, translates into having a federal court rule on whether he can comply with a subpoena that would lead to a local court determining if the tapes were legal to be released.

Still, there is a benefit to the Mayor’s decision; if the federal court rules in favor of releasing the tapes because of a precedent set at the seventh circuit court of appeals they fall under, Buttigieg will have little recourse left than turn them over.

Yes, everyone must continue to wait for a resolution to this seemingly never-ending debacle; even though there is the potential that all of this could have been cleared up by now had Buttigieg just denied the subpoena on day one.

The mayor is covering his bases, trying to protect himself from legal troubles.

He is trying to protect the City and the council from legal trouble as well, according to Buttigieg.

The City is already looking at seven potential lawsuits, and no matter what the judge decides about the legality of tapes, some of those lawsuits are likely to be filed.

One possible scenario is: if the tapes do not violate the wiretapping statute; the City would likely only be hit with lawsuits from the employees Buttigieg had removed from their positions and the community would likely learn some of what is on the tapes. If there is unethical, racial or criminal content on them, those involved would likely be disciplined.

Another scenario is: if the tapes do violate the wiretapping statute; the City would likely be hit with at least five lawsuits from people claiming they could have been recorded on that line. More lawsuits may follow from other people who dialed that number during the year the line was being recorded. As for anyone who may have made unethical, racial or possibly criminal statements, they get off without reprimand.