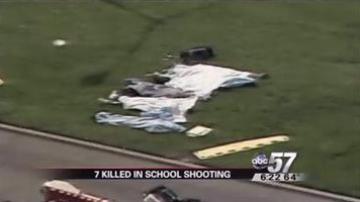 OAKLAND, Calif. -- California police are looking at possible motives in Monday's deadly school shooting at a Christian university. They think they may have found one.

The gunman, 43-year-old Korean National One L. Goh, a former nursing student, was expelled from Oikos University a few months ago for behavioral problems.

Police said he was upset with students who teased him over his poor English.

He also had issues with some school officials.

"There was some indication that he was looking for some particular people, and a particular administrator. We know the administrator was not there," said Police Chief Howard Jordan.

Police said Goh killed seven people and wounded three more before he surrendered at a super market miles away.