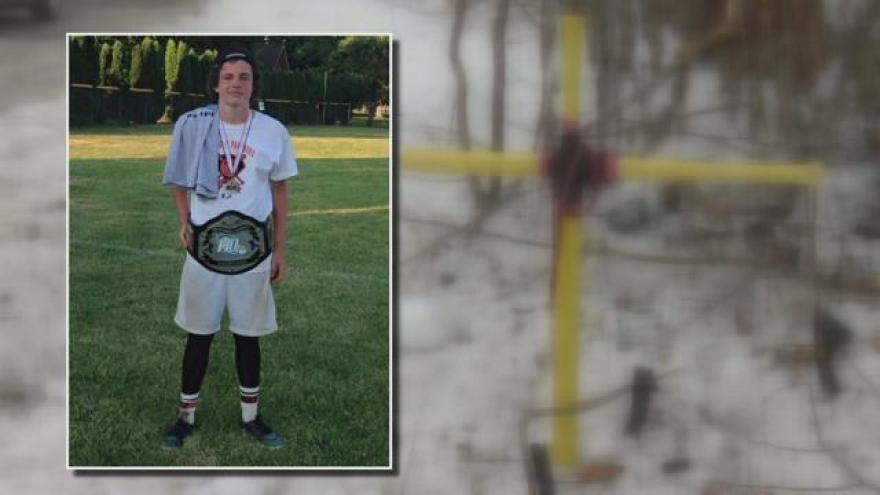 Cameron Snead’s family is sharing happy memories to celebrate what would have been his 17th birthday Saturday. Snead was killed in a car crash in December 2016.

Her brother Cameron Snead died in a car crash back in December.

“I think my eyes were swollen shut after 48 hours, but I think the reality sinks in that he’s never walking back through that door again, and there’s nothing any of us can do to change that,” said Cameron’s mother, Rachel Bortone.

Saturday, he would have been 17.

“And I won’t be able to spend a birthday with him or anything,” said Kaylynn.

But Snead’s family decided they’re going to celebrate the good times on this tough day.

“Keeping his memory going is what we want. The good memories you know?” said his mother.

“He’d make me Barbie houses out of cardboard, and we’d play for like hours,” said his sister.

“Just talking about good things, looking at pictures. Obviously you cry and then you laugh. Usually every other picture is something of Cameron being goofy or something, so it makes you laugh,” said Rachel.

There’s one token Cameron’s mother and sister will always keep close to their hearts.

“And then I got this one that says forever in my heart and says brother to put his ashes in, so I always have a part of him with me,” said his sister, Kaylynn.

Cameron Snead’s mom and grandmother went to visit Brandon Campbell at the hospital recently,  and they say he seems to be recovering well and is expected to go home next week.