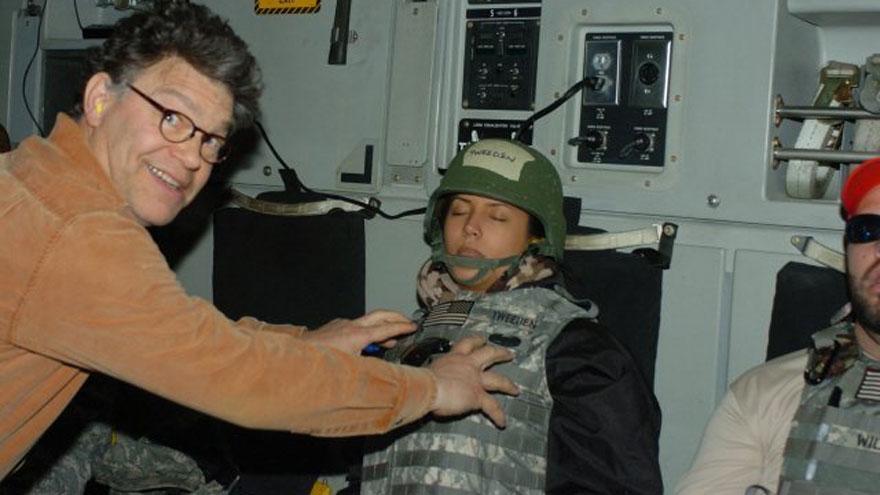 (CNN) -- Minnesota Democratic Sen. Al Franken's political future is decidedly dicey in the wake of reports that he forcibly kissed and groped a woman named Leeann Tweeden during a 2006 USO tour of the Middle East.

Tweeden went public with her story on Thursday morning and within minutes Franken, one of the most high-profile senators in the chamber due to his past life as a successful comedian, became a ghost. He didn't attend Democrats' weekly lunch. He was nowhere to be found in the halls around the Senate chamber. He was bunkered in, hoping that his self-imposed storm would pass.

It's not clear whether it will. Franken was roundly condemned by his Democratic colleagues, who called his behavior inappropriate and unacceptable. His conduct was referred to the Senate Ethics Committee for further investigation. And he became part of the ongoing avalanche of men behaving badly that was begun with the myriad allegations of sexual misconduct against movie producer Harvey Weinstein and seems to envelop someone with each passing day.

Franken's silence -- aside from two statements he released (one far better than the other) -- coupled with the focus on referring the matter to the ethics committee, is a way for the Minnesota Democrat to buy time. He has to hope that the heat over these revelations dissipates somewhat over the Thanksgiving holiday -- and that some new outrage emerges that pushes his boorish behavior to the back-burner.

What Franken cannot withstand at this point is further credible accusers to step forward against him. That, in the post-Weinstein world in which we live, would almost certainly mean the end of his political career -- an end that would be forced upon him by his Democratic colleagues.

And so, Franken waits and hopes that he can weather a storm that others who have admitted similar behaviors in the past few months have failed to survive.

The rules -- for celebrities, reporters and politicians -- have changed. Franken will be a test case of just how much bad behavior people are willing to tolerate from their politicians now.