Can we still see snowfall in April?

NOW: Can we still see snowfall in April?

No matter how much we want it to be warmer in Michiana around this time of the year, Mother Nature sometimes has a different plan. Take yesterday for example, as we had the scattered lake effect snow showers and highs only getting to the freezing mark. We had a quick flashback to a month ago, or maybe it felt like an early April fools day prank! That can happen from time to time during the spring, although we typically see snow showers on the backsides of low pressure systems as temperatures cool somewhat dramatically. However, it obviously becomes harder for snow to accumulate and stick around because of the warmer average temperatures, but also because of the sun angle.

As we get closer to summer, the Northern Hemisphere is tilted closer and closer towards the sun. That means that the sun climbs higher and higher in our sky during the daytime, allowing more and more solar radiation, or "sun energy", to make it to the surface to melt any leftover snow pack. 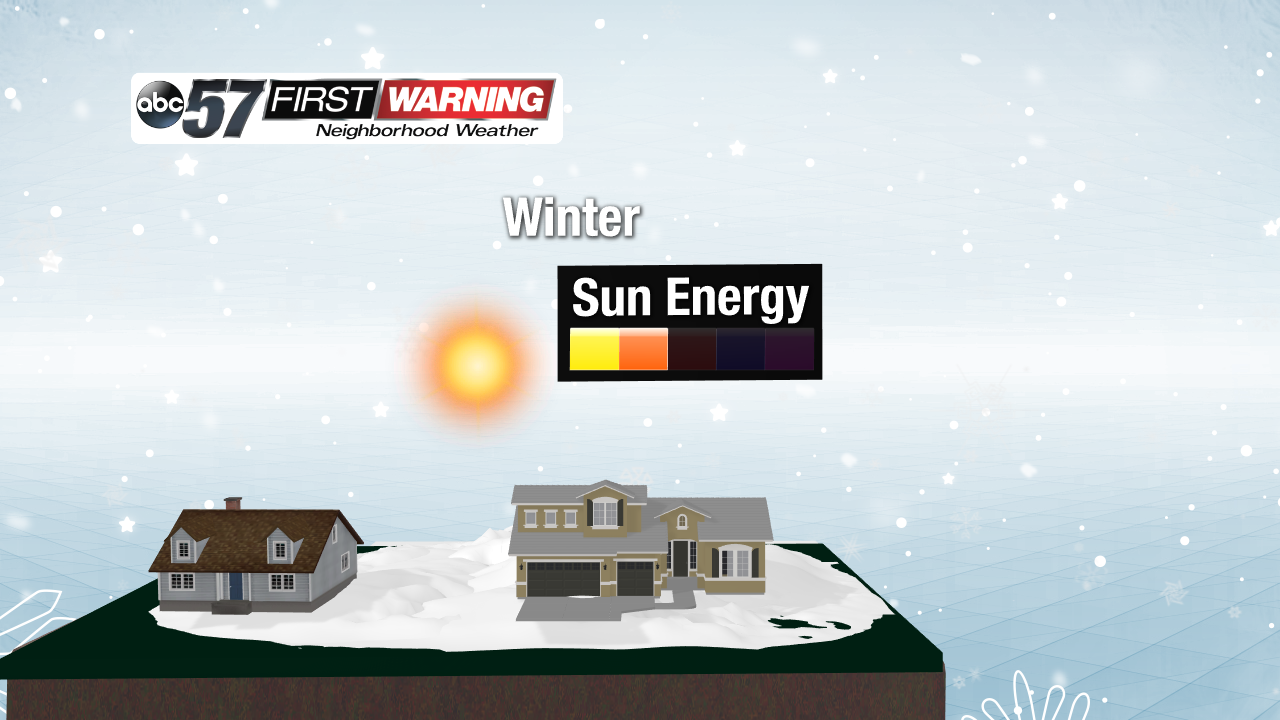 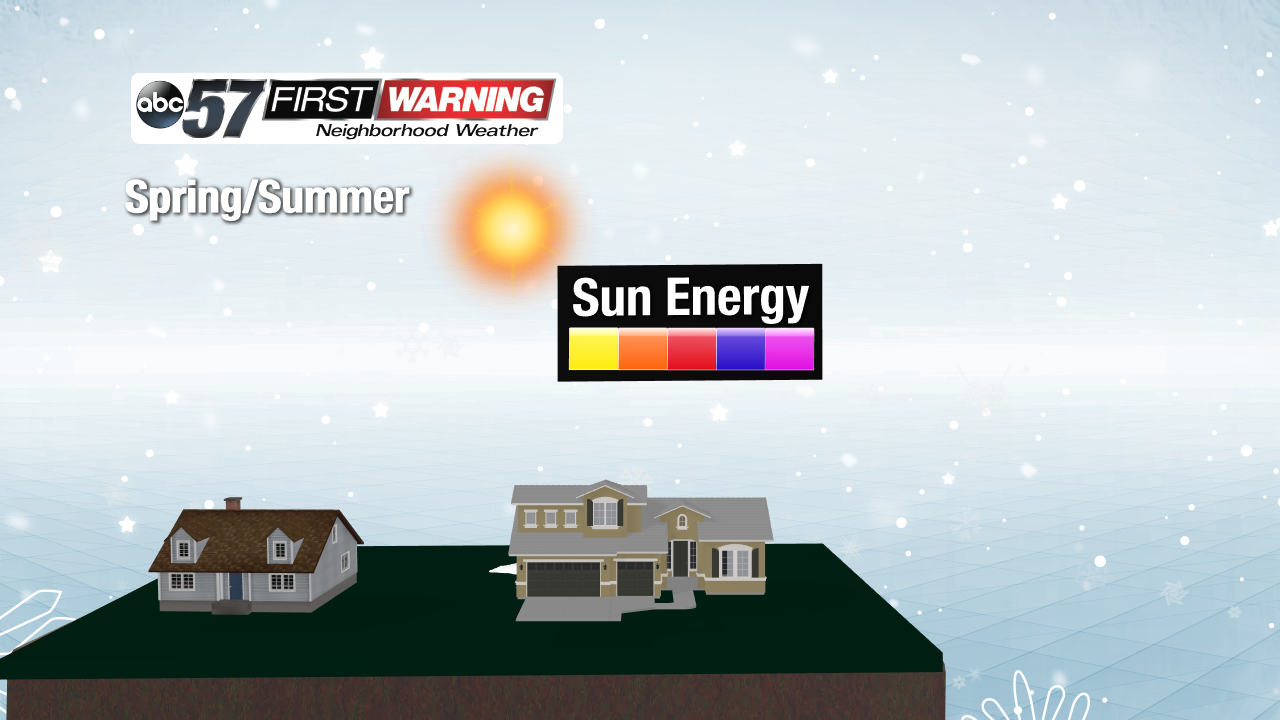 This added "sun energy" is what's gives the snow a harder time to stick around.

I realize that this is probably something you might not want to hear, but it's worth talking about: We can get snow in the month of April! I'm sure most of you at home noticed we had lake effect snow showers fluttering around yesterday...on March 31st. Typically, we can see snow through April 6th, on average. But Mother Nature can be ruthless at times. Back in 1966, on May 11th, South Bend picked up 0.6 inches of snow! 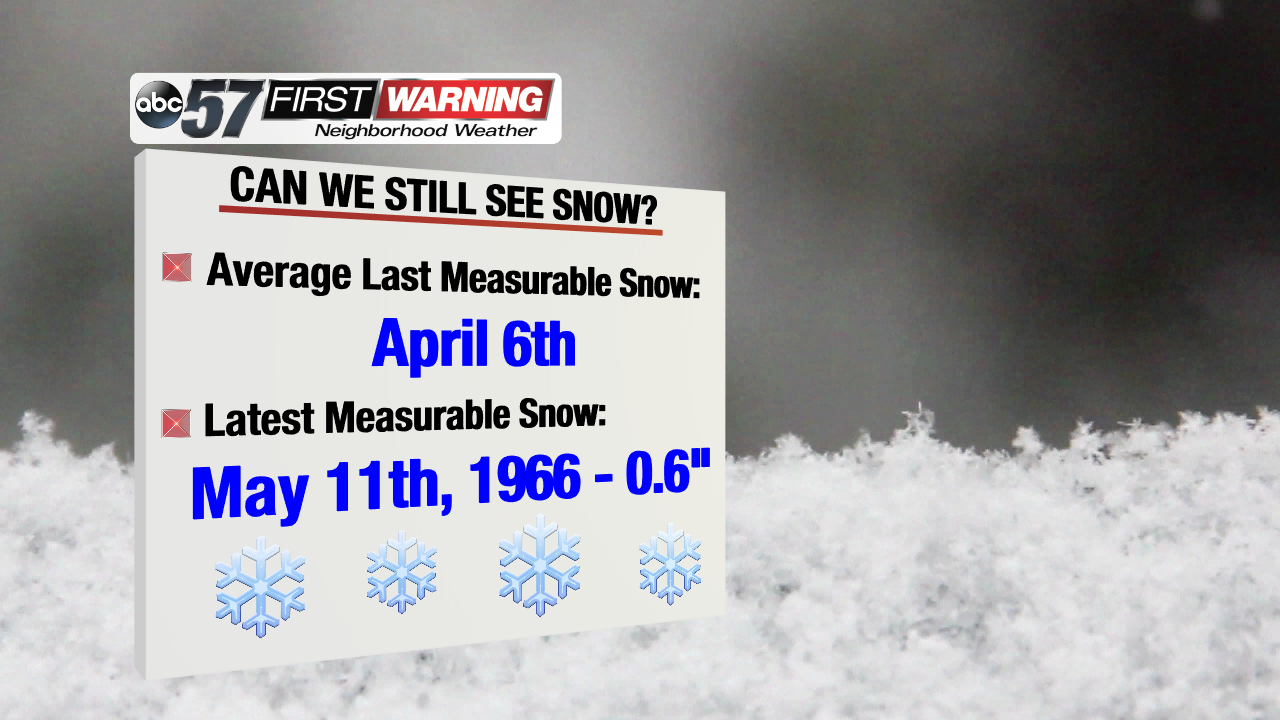 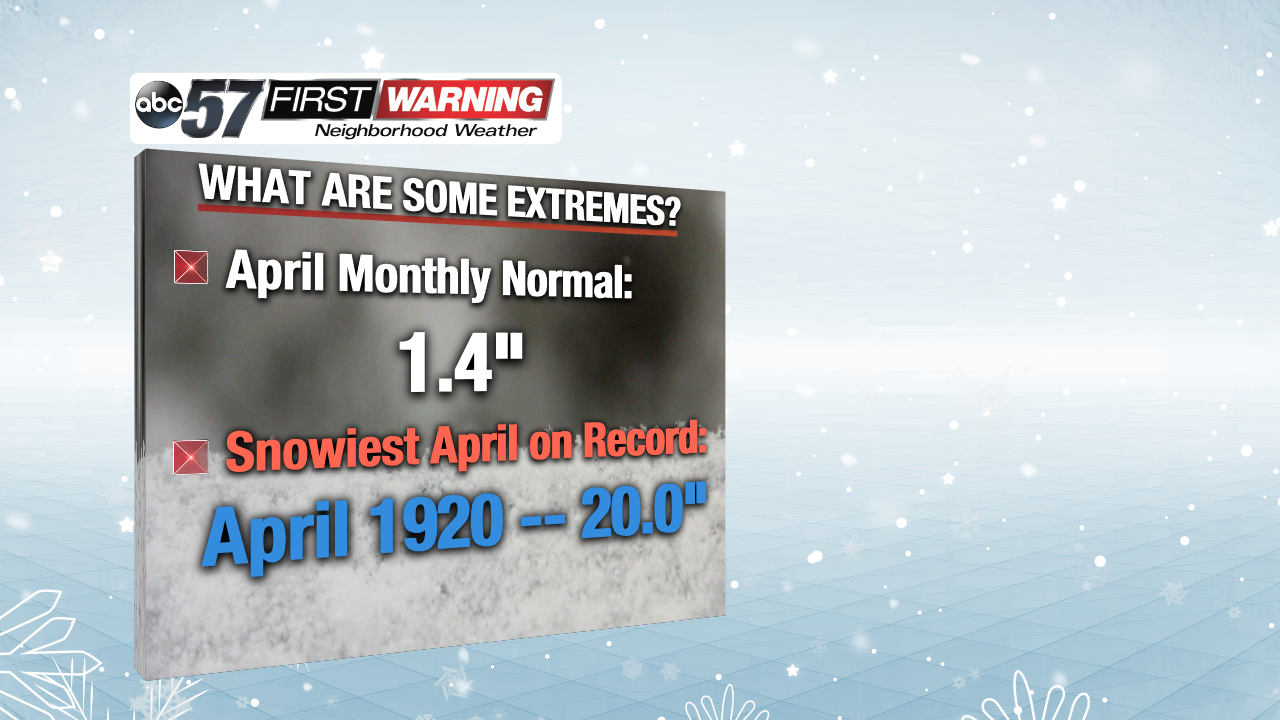 Now, that's definitely on the extreme side, let's take a look at our typical snow for the entire month of April. We only pick 1.4 inches on average with the another extreme of a whopping 20 inches back in 1920! Luckily, for those warm weather lovers, it has been a dry, and rather snow-less March, and even winter season for that matter. With warmer temps becoming more and more likely, it looks like that trend will continue.