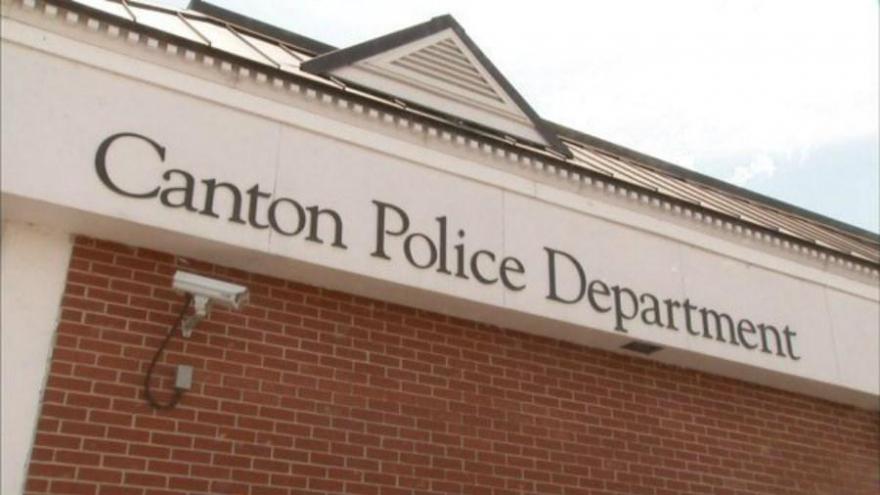 Aiyana Cristal -- On May 14th, 2017 City of Canton Police Officers were notified of a man, possibly in the Canton area, that was suicidal and armed.

A look out was given to officers with the male's physical description along with a description of his vehicle.

Officer Jonathan Nelson (City of Canton Police Department), found the male inside vehicle in the Canton Market Place shopping center. Officer Nelson looked inside the vehicle and observed the male actively trying to hang himself with a makeshift noose.

The male appeared to be blue in color and not breathing.

Officer Nelson attempted to get the male to stop through verbal commands but the male was not responding.

Officer Nelson then made several attempts to break the driver side window and was eventually successful. Officer Nelson quickly loosened the makeshift noose from the male's neck and was able to get the male to breathe but could not release the noose completely.

Officer Nelson was able to calm the individual down and take the makeshift noose from around his neck.

"[The suicidal man] kept saying I'm sorry, he was crying a lot, seemed like he was in a very dark place," said Nelson.

The suicidal man was then transported to Northside Cherokee Hospital for further treatment and evaluation.

Officer Nelson said he doesn't consider himself a hero and he believes anybody would have done the same thing.