Car accident knocks out power to a Granger neighborhood 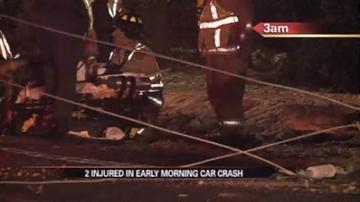 GRANGER, Ind. — More than  600 people in one Granger neighborhood were in the dark Tuesday morning after a car crash that took out some power lines.

The accident happened just after 2:30 a.m. Tuesday morning near the intersection of Gumwood and Adams roads.

The two men in the car were taken to the hospital.

According to police, the car sped through the intersection near Adams and Gumwood.

They say they swerved around another car and went off the road. The car flipped after crashing into a utility pole.