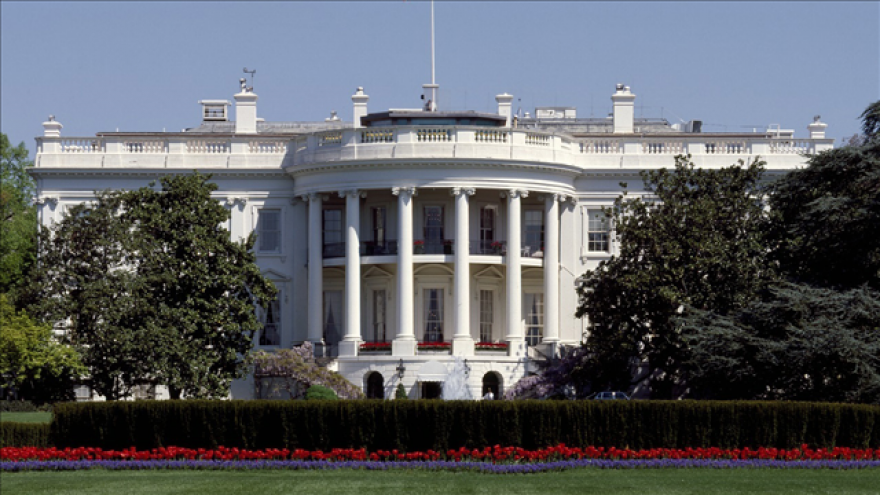 WASHINGTON (CNN) -- A man who drove up to a White House checkpoint late Saturday night and claimed to have a bomb in his vehicle appeared in a DC court Monday.

Sean Patrick Keoughan, 29, of Roanoke, Virginia, was charged with threatening and conveying false information about the use of an explosive, according to the US attorney's office. He faces up to 10 years in prison.

The judge ordered Keoughan to be held until a hearing set for 1:45 p.m. Thursday, the office said in a statement.

Keoughan had pulled up to the White House an hour prior to his bomb threat, saying he had an appointment with President Donald Trump, the office said. He also said he could communicate telepathically with the President.

The incident occurred at 11:05 p.m. at a security checkpoint, the Secret Service said. There was no immediate confirmation of whether there was any device in the vehicle, but security at the White House was immediately upgraded.

Four hours later, the checkpoint in question remained blocked, but streets re-opened, and bomb technicians and other additional security personnel left the area.

At the time of the incident, Trump was at his Mar-a-Lago estate in Florida, where he spends most of his weekends.

The incidents come a week after a man breached the White House grounds --- and was on the grounds for more than 15 minutes.

CNN's Azadeh Ansari and Eli Watkins contributed to this report.