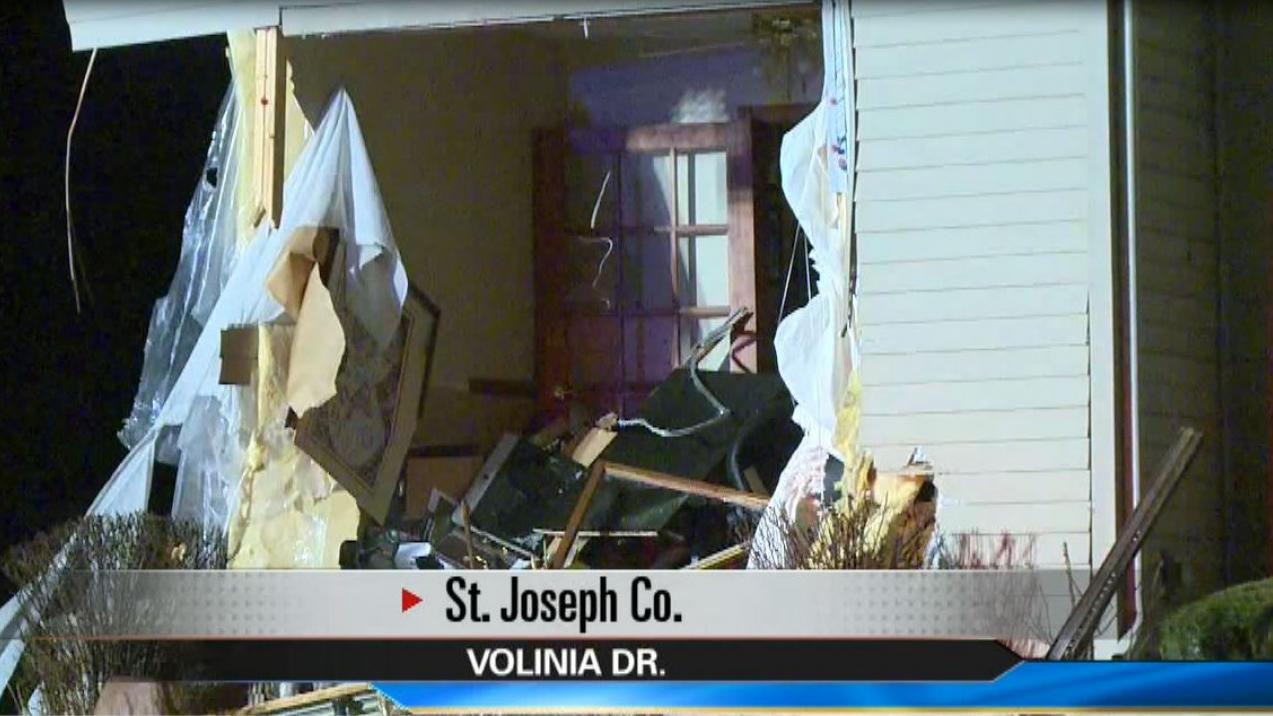 An 18-year-old drove his Camaro into two a house and a garage in Osceola around 1:30 a.m. Tuesday. St. Joseph County Police say the teen was speeding in the area of Volinia and Chelsea drives when he lost control of his vehicle.

“It was about 1:40. We woke up and the whole house was just shaking,” said homeowner Elliot Lusk.

“I could smell something burning,” said Lusk.

He says when he stepped outside, nothing could have prepared him for what he saw.

“When you wake up from a dead sleep and see a car on your patio and people running around it's like you can plan for certain things, but nobody plans for that,” said Lusk.

Police said the driver was speeding down Chelsea Drive when he hit a street sign, drove through the corner of Lusk's neighbors' house and ended up in his garage.

Lusk said his SUV was totaled and another car in his garage was damaged.

He said the damage is extensive.

Police say it will be several days before they get results from toxicology tests on the driver.
Share this article: