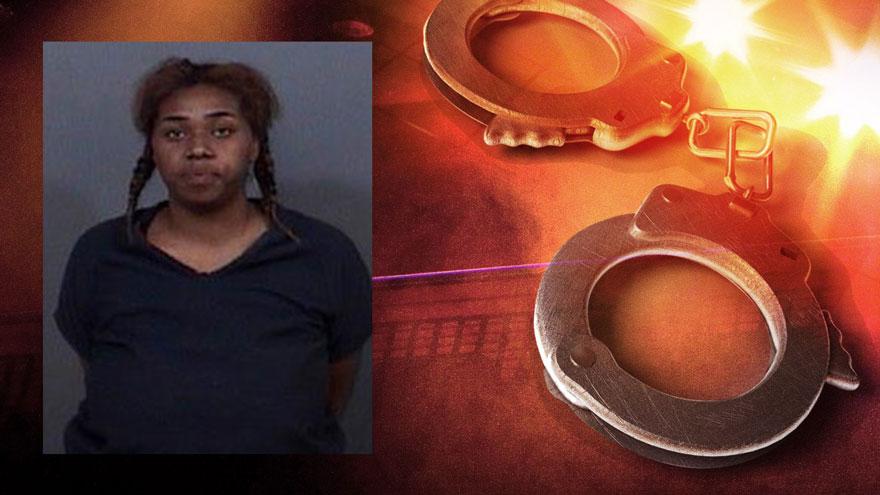 ST. JOSEPH COUNTY, Ind. -- A 24-year-old woman is accused of suffocating and dropping a 19-month-old child in her care, causing fatal injuries, according to court documents.

Mishawaka Police were called to the Hickory Village Apartments on August 11.

When they arrived, they found Tearra Montgomery in the apartment, along with 19-month-old Zyon Harris - who was unresponsive and not breathing.

Doctors told police Harris suffered a fracture to his skull, according to the probable cause affidavit.

Montgomery told police Harris' mother put him to bed around 9 p.m. on August 10, then left for work around 11 p.m.

At first Montgomery told police she checked on Harris around 1 a.m. and discovered he wasn't breathing, reports said.

She later told police after his mom left, he was awake and crying. Montgomery said she pushed Harris and he fell, reports said.

Harris continued crying and Montgomery told police she held his face down into a robe lying on his bed until he stopped crying, according to the probable cause affidavit.

After he stopped crying, she played on the internet and then took a shower, reports said.

At some point later Montgomery went into Harris' room and saw he was in the same position as before, realized he wasn't breathing and called 9-1-1, according to the probable cause affidavit.

Montgomery told investigators after finding Harris limp, she dropped him to the floor from a standing height. She later referred to having thrown him to the floor, according to the probable cause affidavit.

She is scheduled to be in court on Tuesday.