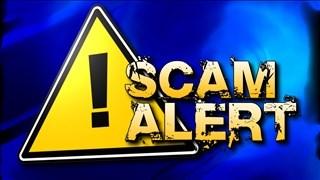 According to the sheriff’s office, a resident called to say they had received a recorded call from someone claiming to be from the IRS, saying it was a final notice.

The caller told the recipient to call a phone number with a 425 area code in order to avoid severe action by the IRS.

The sheriff’s department is reminding residents the IRS does not randomly call citizens.