Castro pleads not guilty to over 600 new charges 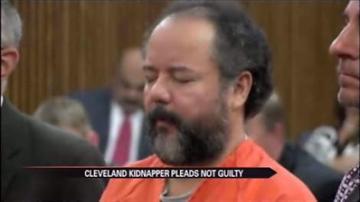 CLEVELAND — The alleged Cleveland kidnapper Ariel Castro pleaded not guilty to more than 600 new charges against him Wednesday in court.

Castro is accused of kidnapping three women and holding them captive in his home for a decade.

As he was being arraigned for new charges on Wednesday, Castro closed his eyes and held his head down.

Despite nearly a thousand charges against him, his lawyers called the hearing successful.

"We are pleased that the recent result in the Grand Jury did not have an inclusion of the death penalty specification," said defense attorney Craig Weintraub. "That means that ultimately any presentation that we made on Mr. Castro's behalf was successful."

He now faces a total of 977 charges for alleged crimes against Amanda Berry, Michelle Knight and Gina Dejesus.

Castro is being held on more than an $8 million bond.