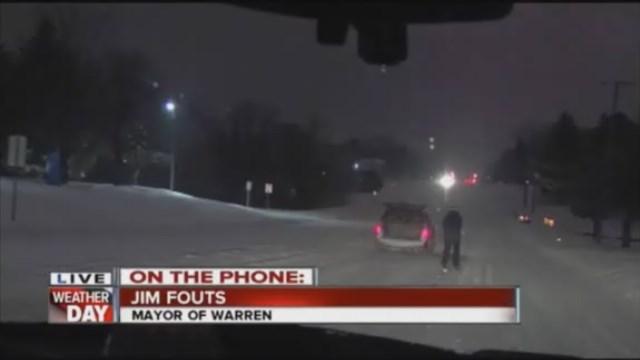 A man in Michigan thought he had a great idea Sunday night. He put on a pair of skis and hooked himself up to the back of a car.

He was cruising along pretty well until local news station WXYZ spotted him -- and broadcast it live.

A local mayor who was being interviewed by the station over the phone said he wished a police officer was in the area to ticket the man.

And that is exactly what happened.

Police spotted them and pulled the driver and skier over to the side of the road.