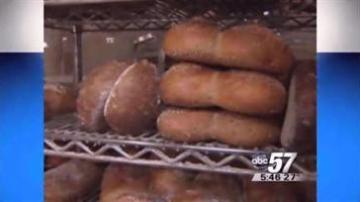 UNITED STATES -- Hold the rolls! It turns out that the biggest source of sodium in the adult American diet comes from bread!

A report by the Centers for Disease Control and Prevention said nine out of 10 adult Americans eat too much salt each day.

Pizza was third and soup was fifth.

Snack foods such as pretzels, and potato chips were 10th.

Some of the foods are not high in sodium, but eating multiple servings raises levels.