CASSOPOLIS, Mich. -- In the streets of Cassopolis, Central Cass Firefighters take care of their own.

One of their own being little Arial Harrison who was viciously attacked by a dog in 2017. That attack left her with severe injuries, no ears, and her parents with piling medical bills. 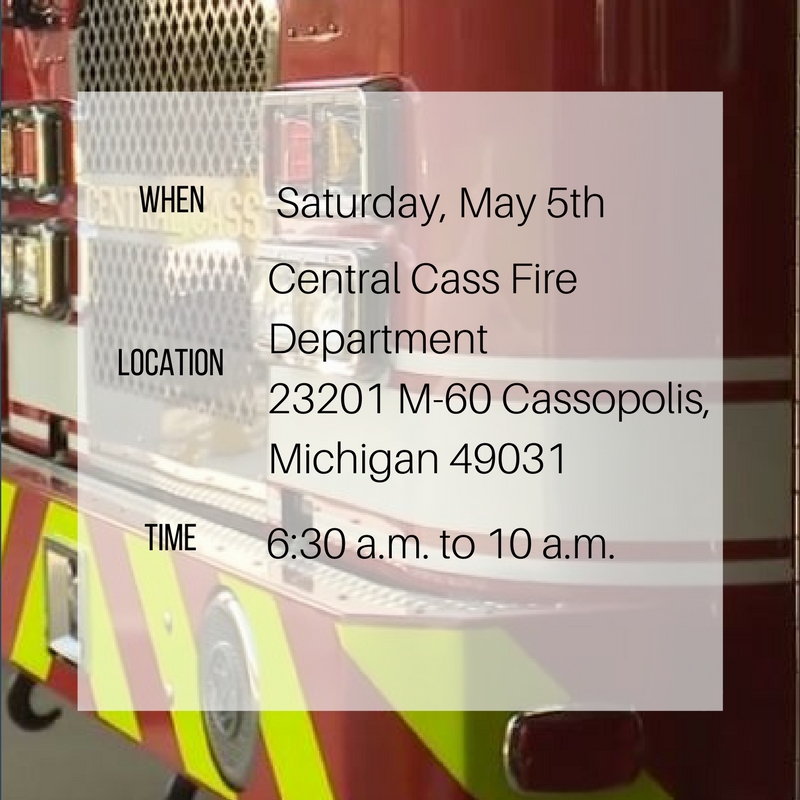 As Arial approaches kindergarten, the family tried to move forward with prosthetic ears but the procedure was deemed cosmetic and won’t be covered by Medicaid.

“The issue is that Medicaid isn’t going to cover it and we need to raise $11,000,” said Lt. Oliver Fiala, CCFD. “Most importantly, visibly, not having ears. She still has scars and things that throughout the years we expect she’ll have facial reconstructive surgeries.”

Another firefighter heard about the family’s need and decided to jump into action – just like firefighters do.

Fiala said, “It was brought to us one night at a meeting, and we kind of picked it up and ran with it to the best that we could.”

They organized a pancake breakfast for May 5, complete with a car to smash, the Cass County Sheriff Department’s K-9 unit and a medical helicopter.

“Hopefully between the draw of breakfast and the open house and being able to come up and go through our stuff and our equipment, we’re hoping to draw as many people as we can,” said Fiala.

The response from the community has been “overwhelming,” according to Fire Chief Jeff Locke.

And then there’s the response from the rest of the country. “The support of the community and not just our community, just all over the united states even we’ve been getting responses from,” said Locke.

“The support we’ve received in the last couple of weeks has been absolutely outstanding,” he said.

Between the family’s YouCaring account, personal checks donated to the family, and the firefighter’s fund Fiala estimates the sum of donations to be in the ballpark of $20,000 since the start of the planning mid-April.

As for Arial’s family, Fiala says they are doing well and are thankful for the fundraiser. “They’ve been super supportive of it, they’ve been ecstatic that we’re doing it and they’ve been able to raise so much money. So, I think ultimately, everyone is excited about the end goal. I think we’re easily going to be able to accomplish the prosthetic ears and then some,” he said. “I think she’s [Arial] a very strong, brave little girl. I think she went through a very traumatic incident. I think it's going to play a big part in the rest of her life. But from my time seeing her, seeing her in videos and social media and things like that, she seems to be handling it well. I mean you can’t tell the difference between her and another child who’s playing out in the park having a good time and enjoying life as a three and four-year-old should.”

The pancake breakfast at the Central Cass Fire Department starts at 6:30 a.m. Saturday.

You can help by stopping by the breakfast and making a donation or donating to the family’s YouCaring account found here.