Changes are coming to the way Hoosiers vote 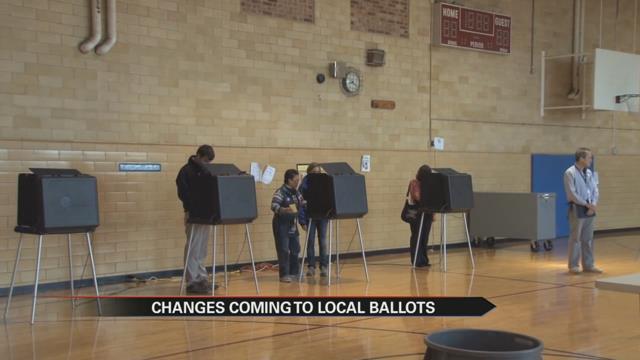 We’re just about seven weeks away from the general election. But this November, changes are coming to the ballot for Indiana voters.

Hoosiers will still be able to cast their votes using the straight ticket voting option, but it won’t count towards any candidate running for the at-large county or town council seats.

“They want to force voters beforehand to think carefully and to educate themselves about individual candidates and individual issues and policy positions of the candidates and not just look at the party label,” said Dr. Sean Savage, a Political Science professor at Saint Mary’s College.

The new law is aimed at increasing voter turnout. The state also wants to avoid mistakes being made.

In the past, voters who failed to follow directions, have accidentally casted multiple votes.

“Indiana often lags behind other states in voter turnout,” said Dr. Savage. “I don’t know if it’s really going to make a difference one way or another with voter turnout, especially because this is a presidential election year.”

Since the new system could cause confusion, voters can expect to wait in longer lines to cast their vote. Dr. Savage thinks the public’s reaction could go either way.

“I think it all depends on the individual voter, Dr. Savage said. “Some want to keep things as simple and clear as possible and ‘I want to be in-and-out of the voting booth as quickly as possible I don’t like this change.’”

“I think for other voters who perhaps vote a split ticket on a regular basis it really does not make a difference,” Dr. Savage said.

To help make the process run smoothly, the state is working on having sheets explaining the changes made available at polling locations for voters to read.