A new climate report was released Thursday by the Intergovernmental Panel on Climate Change, explaining how humans must modify their land management across the world in an effort to reduce global warming and adapt to climate change!

The report was released on the fact that human use directly affects more than 70% of the world's land surface. The weather and atmosphere is constantly affected by land terrain, and therefore, the way that humans use the land plays a large role in climate change.

This report spotlights food security, land degradation, and desertification, which are at risk due to climate change, and will worsen if humans do not make changes and adaptations. It is hard to think food security is an issue, but for all of the food production happening in the world, around 30% of that food goes to waste. Humans are eating unhealthy, and the healthy, harvested, food people are eating is less nutritious due to lower soil nutrition. Land degradation is the urban development, over-farming and deforesting that humans are inflicting. In general, this is leading to less carbon storage, less water drainage and lower soil nutrition and desertification.

Desertification is what happens when humans strip these areas of their natural state and the land becomes arid. This can lead to more dust storms, think the Dust Bowl of 1930, and also increased global warming due to less carbon storage.

The report suggests many methods to combat these global issues. In closest relation to northern Indiana, we can battle food insecurity and land degradation. Ways that we can battle food insecurity are creating less food waste, using more agriculture in a resilient way, and take on low meat diets from sustainably raised livestock to reduce greenhouse gas emissions and land use. Land degradation can be battled by using sustainable farming practices, like inter-cropping, rotating crops, using cover crops, reducing tilling, and adding forests to farmland. 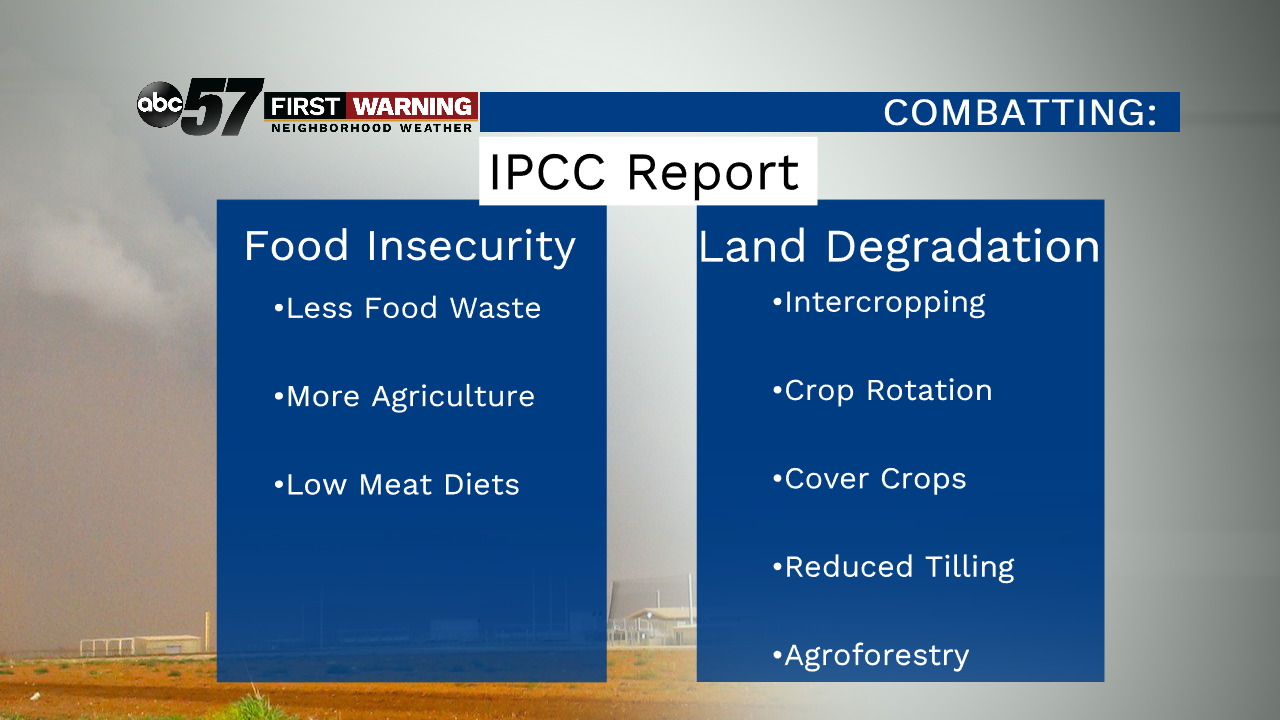