Chaplains serve Elkhart Police in a time of need 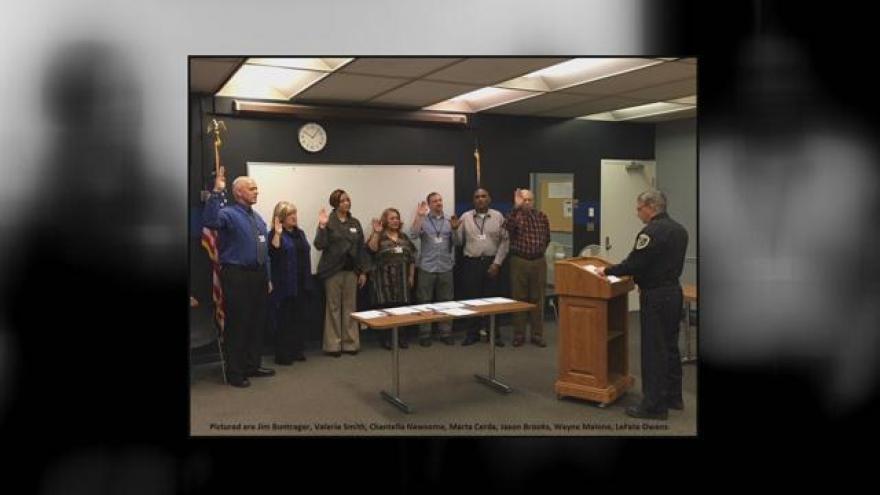 For the first time ever, Elkhart Police officially have sworn-in chaplains. Four men and three women have promised to assist officers with encouragement and support and they’ll continue to comfort victims, too.

Chaplains have been volunteering there for years, but Chief Ed Windbigler wanted to formally show appreciation, so he held this service.

According to her confession to police, Amber Pasztor drove the bodies of her children to Elkhart.

Bontrager has been assisting officers and the community for 14 years now. He says he became involved when he witnessed what police had to go through.

Bontrager adds just being there is important for officers because many tend to keep their feelings to themselves. “Many officers will do their best; they’ll go out there and suck it up. Won’t complain or murmur anything else.”

But some cases stick with them. Like what happened just behind the department on September 26, 2016. According to police, Amber Pasztor approached Corporal Norm Friend while he was walking to his car.

“It’s a tragic event to think that you’re walking on your way home done for the day and have somebody stop and have to go through something like that,” said Snyder.

She said her children were in the back seat, dead. That took an emotional toll on several of the officers and that’s when Sgt. Snyder says chaplains were leaned on the most.

“They’re just that go to person that really makes our jobs and really our lives easier,” he said.

“Anybody, anybody would struggle with that, all I do is what I do with everything else and what we all do around here together is we just try to encourage each other and say we care,” said Bontrager.