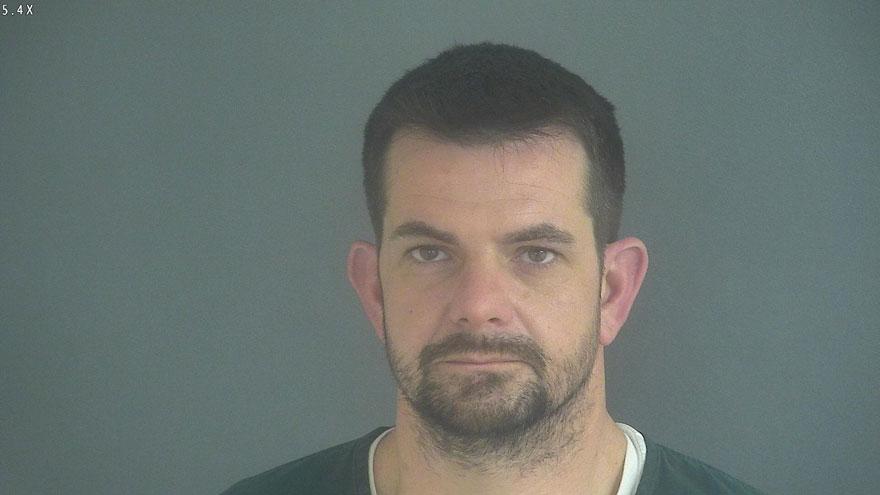 ST. JOSEPH COUNTY, Ind. -- Charges have been filed against a driver who allegedly struck a moped, seriously injuring the driver, and fled the scene in May 2019, according to court documents.

Bradly Higbee has been charged with leaving the scene of an accident with serious bodily injury.

When they arrived, they found Tyler Zieber lying face down on the ground with a moped 10-12 feet away.

Zieber was transported to the hospital with injuries to his head and leg, reports said.

Another driver was traveling in the area and saw a man lying on the ground. He stopped his truck and called police.

Investigators believed Zieber had been in the road when he was hit.

Vehicle parts were photographed and recovered from the scene, reports said.

Police obtained part numbers off the evidence and determined the suspect vehicle was a 1998-2001 Volkswagen Passat, light in color, reports said.

Officers ran a report on vehicles matching the suspect vehicle and attempted to visually inspect each vehicle, reports said.

At a home on Osborne Road, officers spoke with the owner of a Passat who said she had loaned it to her friend Brad Higbee, reports said.

The officer returned to the home several times when the vehicle was supposed to be there, but the car wasn't returned, reports said.

The owner reported the Passat did have damage, but Higbee said he struck a deer and was afraid to tell her, reports said.

She sent the officer photos of the damaged vehicle, reports said.

Investigators went to Higbee's residence where they found the vehicle on the west side of a dense group of trees, reports said.

Officers said it appeared an attempt had been made to replace parts of the vehicle in order to hide the damage from the crash, according to the probable cause affidavit.

There were no indications the vehicle had struck a deer, police said.

When investigators spoke with Higbee he admitted he was driving the car on May 14, 2019, but said he struck a deer, according to the probable cause affidavit.

A firearm and toolmark examiner with the South Bend Police Department crime lab examined the parts recovered from the scene and compared them to the Passat. He concluded one of the parts collected at the scene had been part of the Passat at one time, according to the probable cause affidavit.

Higbee is scheduled to appear for a bail hearing on February 26.