Charlie Gard's parents give up battle to take son to US 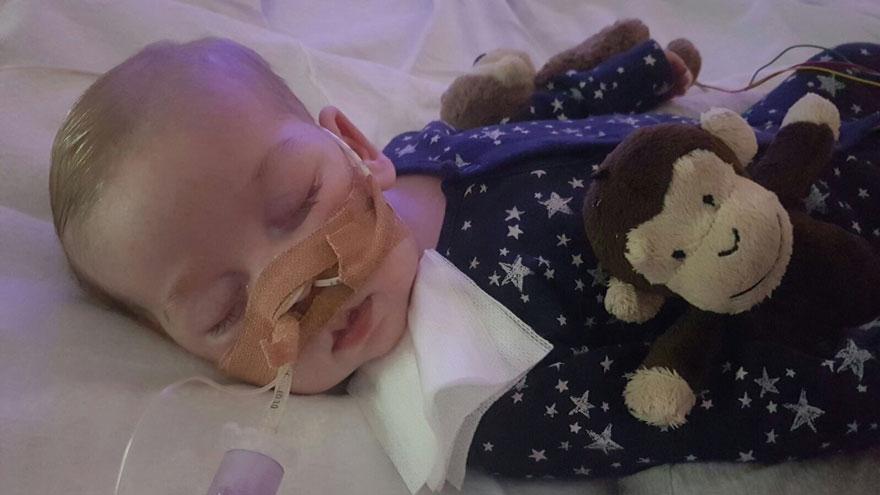 (CNN) -- The parents of the terminally ill British baby Charlie Gard have given up their legal fight over treatment for their son in the United States.

Their lawyer Grant Armstrong told the UK High Court Monday that experts have said that the "window of opportunity no longer exists."

"For Charlie, it is too late ... treatment cannot offer a chance of success," he told the court.

"Dark days lie ahead for these parents ... they want to spend time with Charlie," Armstrong said.

Charlie, whose first birthday is August 4, was born with a genetic disease called mitochondrial DNA depletion syndrome. It leads to weakened muscles and organ dysfunction, among other symptoms. The prognosis is poor for most patients. Charlie is unable to breathe or move on his own.

Great Ormond Street Hospital -- where Charlie has been since October 2016 -- received permission from the European Court of Human Rights in June to discontinue life support in spite of his parents desire to bring him to the US for an experimental therapy called nucleoside bypass therapy. It has never been used to treat Charlie's form of mitochondrial DNA depletion syndrome.

The doctors at GOSH have argued that every medical option has already been considered and treatment in another country would not be in Charlie's best interest.

Dr. Michio Hirano, a professor of neurology at the Columbia University Medical Center in New York, and a leading expert on Charlie's condition, flew to London last week to assess the child. Both he and prominent Vatican pediatrician Dr. Enrico Silvio Bertini asked for a brain and full body scan on Charlie, according to a statement handed out by the parents' lawyers.

"Sadly, following the body MRI the parents' worst fears have been confirmed by their team of international experts that it is too late to treat Charlie," the statement said. The MRI body scan gauged muscle wastage.

Hirano said a treatment known as nucleoside bypass therapy had a minimum 10% chance of bringing about significant improvement in Charlie's condition.

The lawyers said if Charlie had been able to have the treatment they had suggested earlier, then there might have been hope.

In ending their legal fight, the court issued a new judgment that upholds an April ruling to discontinue life support and provide Charlie with palliative care.

"Our staff share the parents' sadness over Charlie whom they have cared for with dedication during the months he has spent at Great Ormond Street Hospital," a statement said. The hospital acknowledged the complexity of the situation as one dealing with medical ethics and experimental treatment.

"These parents should know that no parent could have done more than they did for their child," said Justice Nicholas Francis, who is presiding over the case.

He was critical of those who weighed in on the case without knowing the facts. Both the Pope and US President Donald Trump have shown their support for Charlie's parents.

On Saturday, the hospital released a statement saying it had called in police as doctors there were being abused online, in the street and in the hospital over the Charlie Gard case. Charlie's parents have condemned the abuse.

"When cases such as this go viral, the watching world feels entitled to weigh in regardless of whether or not they are informed on the facts of the case," Justice Francis said Monday.

"Our son is an absolute warrior and we could not be prouder of him and we will miss him terribly," Yates told the court.

"Charlie has had a greater impact on and touched more people in this world in his 11 months than many people do in a lifetime.

"We will do our utmost to ensure that no parents have to go through what we have been through and the next Charlie that comes along will get this medicine before it's too late and Charlie will save many more lives in the future, no doubt about that.

"We are now going to spend our last precious moments with our son Charlie, who unfortunately won't make his first birthday in just under two weeks' time."